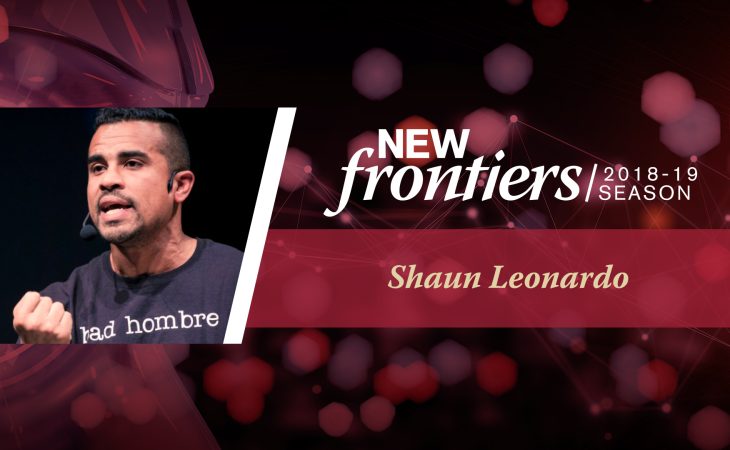 Shaun Leonardo is a rising star in the international art world, where his work engages people in wordless public debate about complex topics like gun violence and racial bias. On Feb. 27, Leonardo comes to Transylvania University as part of the Creative Intelligence Series to present a workshop and lecture.

“Through his Primitive Games project, Leonardo asks, ‘Are we, through non-verbal action, able to model and momentarily restore purpose to the act of debate, by seeing difference not as a hindering factor but as a necessary component to reaching consensus and enacting change?'” said Zoe Strecker, an art professor and director of Creative Intelligence and special academic programming. “I am bringing the artist to our campus to help us expand our abilities as a community to have constructive conversations. In a liberal arts college, this is the core of our mission.”

A focus on civility—what it is and how we understand it—is this academic year’s campus theme and plays a leading role in Transylvania’s 2018-19 lecture series. Leonardo’s presentations will bring that focus to life.

Presented in workshop, Leonardo’s social practice project, Primitive Games, asks: Are we, through non-verbal action, able to model and momentarily restore purpose to the act of debate, by seeing difference not as a hindering factor but as a necessary component to reaching consensus and enacting change? In this workshop, participants will explore their experiences of conflict through visual storytelling. Collectively, the group will investigate the ways in which platforms of discussion may be rethought and possibly reinvented.

Wednesday evening at 7:30, Leonardo speaks in Carrick Theater about his performance work, addressing issues of masculinity, the justice system and race. The focus is on his recent social practice commission concerning gun violence, Primitive Games, staged at the Solomon R. Guggenheim Museum in New York. Leonardo’s performance practice is participatory in nature and invested in a process of embodiment, promoting the political potential of attention and discomfort as a means to disrupt meaning and shift perspective.

All of Transylvania’s Creative Intelligence events are free, and the public is encouraged to attend. The series is part of Transylvania’s New Frontiers season, which asks us to go beyond the familiar with new ideas, art and music.