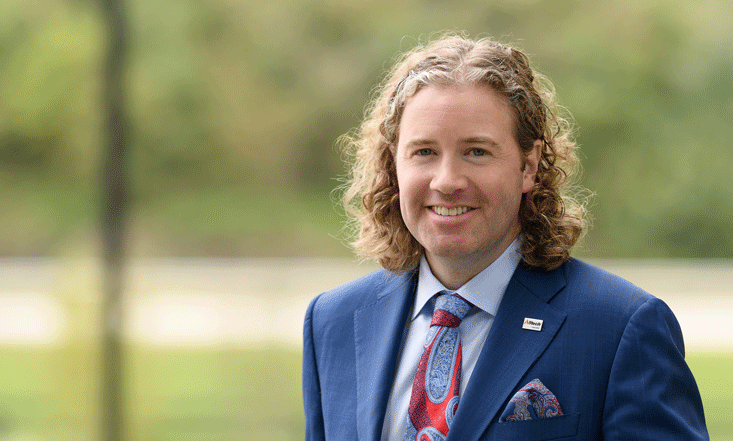 Dr. Mark Lyons has been elected to the Transylvania University Board of Trustees beginning in 2019. Lyons is president and CEO of Alltech — a company dedicated to improving the health and performance of people, animals and plants through nutrition and scientific innovation — headquartered in Nicholasville, Kentucky.

“Dr. Mark Lyons brings an expansive vision to Transylvania’s board. Alltech and the Lyons family have a distinguished history of achieving excellence in all they do while simultaneously enhancing the communities in which they live and work. We are honored to welcome Dr. Lyons to the Transylvania community,” said President Seamus Carey.

During his career with Alltech, Lyons has led the company’s China office, served as director of its North American operations, and spearheaded major projects in Kentucky, Serbia, Brazil and Mexico. Lyons took the company’s helm following the passing of his father, Alltech co-founder Dr. Pearse Lyons.

“Among the many things I have learned from my parents, the importance of community and education are paramount,” said Dr. Mark Lyons. “Our Irish heritage emphasizes education as the primary catalyst for success. This resonates at Alltech, where we believe in the power of curiosity and good citizenship to create positive change in our world. In a merging of these values, I consider it a great privilege to join Kentucky’s oldest university in its ongoing commitment to inspire the next generation of leaders and change-makers. This is an exciting honor, especially given the scope of Transylvania University’s community engagement endeavors and its ability to respond quickly to the rapidly-changing dynamics of today. I look forward to actively participating on the board of trustees as we develop ideas that enrich the university, its students and our thriving city.”

Lyons received his bachelor’s degree in political science and environmental science from the University of Chicago. He received his master’s degree in brewing and distilling, followed by a Ph.D. in the area of solid-state fermentation, at Heriot-Watt University in Edinburgh. He was recently named as one of “The top 50 Irish business men and women in the BRIC countries” and “40 Under 40” leaders in agriculture by Vance Publishing Corporation.

The Transylvania University Board of Trustees is the university’s highest governing authority. Members elected to the board serve four-year terms.