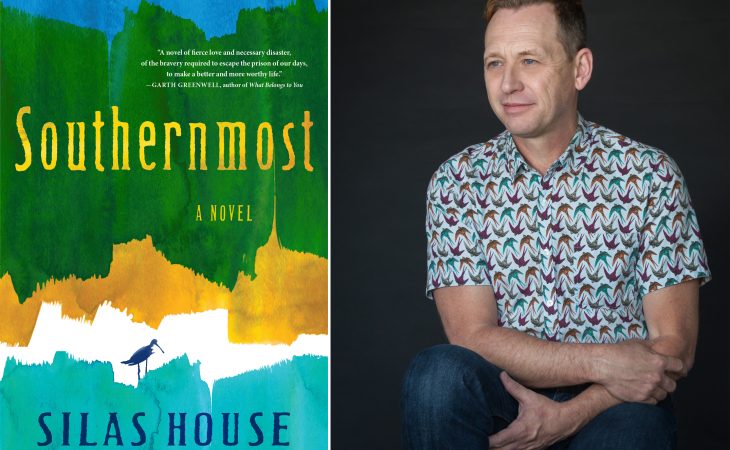 The annual award recognizes outstanding recent works by writers in the Appalachian region.

House will give a free, public reading from “Southernmost” on March 19 at 7:30 p.m. during an awards ceremony in Transylvania’s Carrick Theater. Reserve tickets here.

A New York Times bestselling author, House’s novels include “Clay’s Quilt” and “A Parchment of Leaves.” His many other writing honors include Nautilus and EB White awards. For his social justice work, he received the Intellectual Freedom Prize from the National Council of English Teachers.

“Southernmost” was one of the top picks of 2018 for magazines such as The Advocate, Southern Living, Booklist, Paste and Garden and Gun. Additionally, the American Library Association selected it as one of the 10 best book club books of the year.

“In this stunning novel about judgment, courage, heartbreak, and change, author Silas House wrestles with the limits of belief and the infinite ways to love,” according to publisher Algonquin Books.

A major theme explored in “Southernmost” is tolerance, which comes up after a major flood inundates a small Tennessee town and an evangelical preacher gives shelter to two gay men.

Maurice Manning, professor of English and Transylvania writer in residence, said the novel “asks a brave question: Is there a limit to love or to faith? Quietly and in beautiful prose the novel answers the question. This is simply the kind of writer Silas is—courageous, open, curious. His novels are sources of discovery and wisdom.”

In addition to House’s recognition, the university each year presents a Judy Gaines Young Student Writing Award. The 2019 winner is senior Rebecca Blankenship, a writer of weird fiction and documentary films including “The Moral Center: Chapter Two of the Poor People’s Campaign.” She is news editor for The Rambler student newspaper and has worked on WEKU’s “Eastern Standard.”

Both House and Blankenship live in Berea.

Transylvania’s book award is funded by Byron Young, who graduated in 1961, in honor if his late wife Judy Gaines Young, a ’62 graduate. In 2015, House selected the inaugural winner, “The Next Time You See Me” by North Carolina author Holly Goddard Jones.