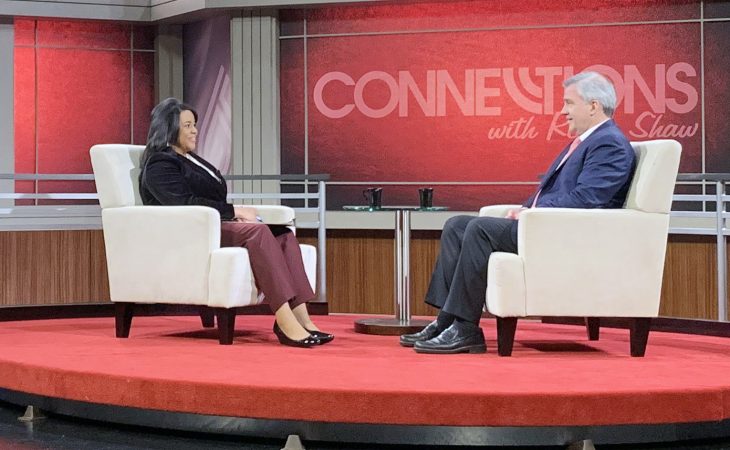 Transylvania’s 26th president is the featured guest on this week’s edition of Connections with Renee Shaw on Kentucky Educational Television. The interview, recorded earlier this month, will air multiple times over the next week beginning on Friday, Jan. 25 at 5 p.m. ET on KET2.

Among the topics discussed on the program, Carey highlights the value of the type of education received by Transylvania University students.

“Liberal arts education gives our students the best opportunity to make the make the most of themselves and of their lives to be successful as they transition into the workforce,” Carey explained.

A preview of the the interview is available on KET’s YouTube page and can be viewed below.

The full interview will air six times between Jan. 25 and Jan. 30. Check your local listings for channel numbers.

The interview will also be available online on KET’s website after it airs via this link.