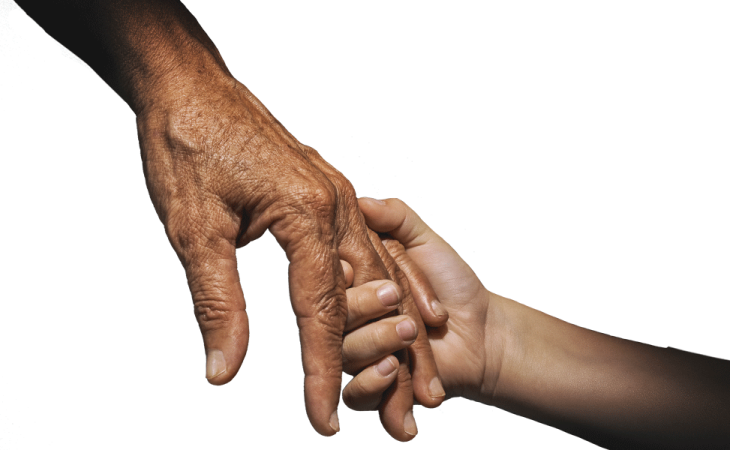 This article originally appeared in the spring/summer 2018 issue of Third & Broadway. As of fall 2018, Lydia Lissanu is enrolled in medical school at the University of Louisville.

As a student at Transy, Lydia Lissanu ’15 was deeply engaged in issues of identity, race and equity. She dreamed of solutions to the intractable “what ifs” on campus and in the immediate neighborhood. Unresolved questions of big-picture possibilities motivated her work as a student researcher in Kenya and in community service in Lexington, where she worked on civil rights issues—hate crimes, mental health advocacy and the restoration of felon voting rights.

A scholar at Yale’s Summer Institute in Bioethics, she was invited back to be a program assistant the summer after graduation, where she gave a lecture that raised questions about the women we don’t see in social justice movements and the transgender women “erased from public discourse.” She has an ability to see what’s missing.

All of this, and her love of sociology, biology and political science, drew her to a career in public health. She’s devoted to the profession that, she says, “looks for novel ways to treat illness from a biological and sociological framework” and “puts science behind our ideas.”

Until enrolling in medical school at the University of Louisville in fall 2018, Lissanu worked as a health educator with people at both ends of the age spectrum: K-12 students at a public charter school and senior citizens at the University of Chicago Medical Center. Her job was not simply as a means of conveying healthy practices, but of listening, connecting, creating and broadening understanding. She uses her interdisciplinary liberal arts training on a daily basis.

Working in the hospital nephrology ward on research funded by the National Institute of Health, her goal was to help doctors better understand and treat patients from the South Side who are African American. Increasingly, patients in their 30s and 40s have been joining the ranks of elderly as sufferers of kidney disease.

“The reasons aren’t a secret,” she notes, “but we’re trying to prove why those reasons exist.” Exploring the patients’ paths to the ward, Lissanu finds a lifetime of inequity, racism and poverty, and diets derived from food deserts that lack fresh produce, offering only fast foods laden with salt and sugar.

She sees associations and opportunities where others might not. She asks patients with kidney disease, who are often at the end of their lives,“What would you want to tell your younger self before you got diagnosed with kidney disease?” She then shares their messages with her students to help them make the connection between diet and long-term health. In doing so, she acknowledges that learning and motivation don’t magically provide access to healthy food. Her students still live in the same food desert.

Perhaps even more important than teaching health, Lissanu shares fundamentals from her own education at Transy. “I try to teach them to think structurally,” she says. She encourages her students—“whose lives are harder through no fault of their own”—to ask questions, to identify the challenges they face, to link them back to the source of the problem and to understand the kinds of actions they can take to make their voices heard.

As students of a public charter school that is just a few blocks from a private charter school, Lissanu and her students can readily contrast, point by point, resource by missing resource, the day-to-day experience of those who have financial health and those who do not. But Lissanu isn’t cowed by these monumental challenges or from asking how public policy can help dismantle systems of inequality.

What if racism and systems of inequity didn’t hold our young people back? What if public health policy could be that change?

Her thoughts and questions emerge large and beyond herself, yet are rooted in her experience as the daughter of parents who emigrated from Ethiopia and made a home and productive life in Somerset, Kentucky. “Financially, my parents were able to climb,” she explains. “They came here. They got an education.” She adds, “I want to make sure I give that to my kids that I’m working with.”

Many of the words, ideas and theories that she uses were developed at Transy, she explains, from an awareness of LGBT issues to examples of what economic justice looks like. “For me, a really important part of going to Transy was understanding the diversity of experience in being black.”

Not taking anyone’s experience for granted is vital to her ability to interrelate.

“I didn’t grow up in Chicago; I grew up in rural Kentucky. My parents aren’t the descendants of slaves. I try to see where there are similarities in our experience, and I also try to respect the differences between us as well.” She thinks a lot about empathy and how to build it.

Listening has become as important as asking the questions, not only because she wants to give voice to people who are on the margins of society, but also to learn. Clinicians, she notes, don’t have all the answers. “We know the disparities exist, but we don’t all agree on how to make it better. If we knew it all, then we would have already fixed the situation,” she laughs, undaunted.

Questions now come at Lissanu from every angle: patients, doctors, students, parents, administrators, the public and herself. “There are times,” she realizes, “that I feel I don’t know enough and I still can’t giveback enough. I want to do more.” So her next steps are to earn an M.D. and then a master’s degree in public health in order to effectively treat patients and change public policy. She’s committed to a life in public health. “I really love this profession,” she adds.

Lissanu may worry about her students, but she’s also excited for them. She knows their potential and that their ability to impact the future is within their reach, whether it’s on the school level or by voting in the next election cycle. “I have a lot of hope for this generation,” she says. “They’re way smarter than I could ever be. They just need a proper education to gain the tools that will take them further and amplify their voice.”