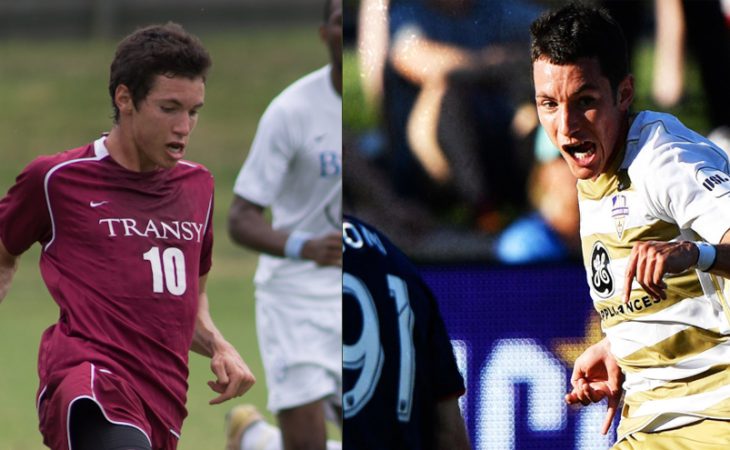 Smith, the Heartland Collegiate Athletic Conference Offensive Most Valuable Player in 2012 and 2013, becomes the first player in the history of Transylvania men’s soccer to make the ascent to the MLS, the highest level of professional soccer in the United States and Canada.

A native of Cincinnati, Ohio, Smith, 26, spent the last three seasons with Louisville City SC of the United Soccer League where he emerged as one of the best young defensive talents in the USL. In his final season with Louisville City, Smith led the team in matches played and starts, starting in 36 of 37 contests. Smith tallied four goals in the 2018 season, leading Louisville SC to its second consecutive USL Cup Championship.

Over a three-year stint at Louisville City, Smith appeared in 95 matches, scoring nine goals and leading the team in minutes played in both his 2016 rookie season and the 2018 season. In Smith’s final two seasons with the club, Louisville City won its first two USL championships in franchise history, both coming in 1-0 shutout victories.

Between the time of his graduation from Transylvania in 2014 and his signing with Louisville City in March 2016, Smith played with Cincinnati Dutch Lions of the Premier Development League, registering 12 goals in the 2014 and 2015 seasons.

A storied collegiate career with the Pioneers preceded Smith’s rapid rise in the professional ranks. At Transylvania, Smith compiled 36 goals and 12 assists over his final two seasons to capture Offensive MVP honors. In his debut season of 2010 with Transylvania, Smith was named HCAC co-Freshman of the Year.

Smith also set single-season standards in scoring at Transylvania: as a junior, Smith set the new program record with 40 points in a season in 2012 before breaking his own record the following season with 44 points. His 18 goals in both the 2012 and 2013 seasons each stand as the record for single-season goals at Transylvania. Smith’s eight assists in the 2013 season are tied for the most single-season assists by a Pioneer.

A vaunted attacker during his collegiate days, Smith arrived at Louisville City as a midfielder, eventually transforming into one of the premier defenders in the USL.

Established in 1996, Major League Soccer is entering its 24th season. Orlando City SC was founded in 2015 and is the league’s fourth-newest franchise.

Smith and Orlando City begin the 2019 season in early March next year.