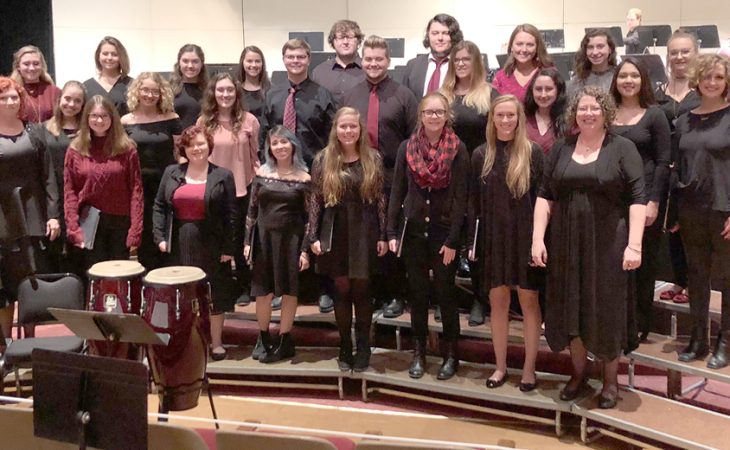 Transylvania University’s two choirs will perform a variety of works from around the globe during their first concert of the season on Sunday.

The public is encouraged to attend this free Transylvania Choirs Concert at 3 p.m. in Carrick Theater. No tickets are required.

This will be the first performance under the leadership of Regan MacNay, assistant professor of music and director of choral activities. “This is a chance to see the new direction of the choral program,” she said.

During Sunday’s show, each choir will open with an a cappella piece that considers the role of music and its significance to humanity.

The Transylvania University Choir, a male and female ensemble, will sing Pärt Uusberg’s 2003 “Muusika.” The piece is based on an Estonian poem, which translated into English says, “Somewhere the original harmony must exist, hidden somewhere in the vast wilds. … Because how else could it have formed in human hearts.”

Each choir will then perform works that explore various facets of music—from the precise styles of the Baroque and Classical eras to the joy found in gospel music and the rhythmic language of Latin American and South African pieces. “Because of the variety of music, there will be something that appeals to everyone in the audience,” MacNay said.