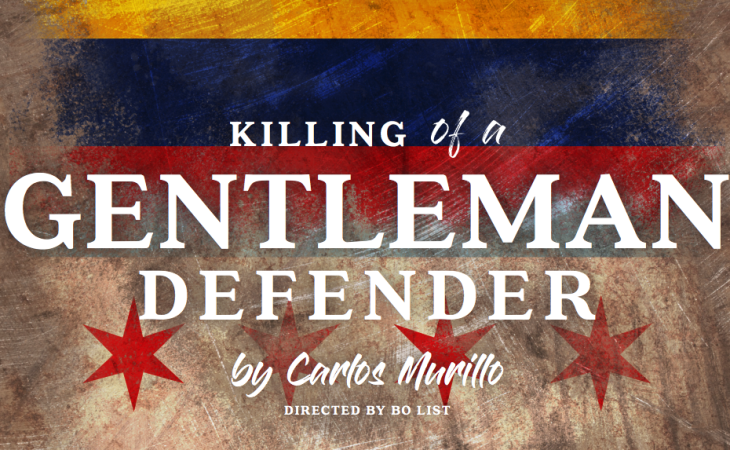 This Thursday, Transylvania University Theater will introduce Lexington to award-winning playwright and Mellon Foundation recipient Carlos Murillo. Working with Transy and the surrounding theater community, Murillo’s visit will culminate in a public staged reading of his new dark comedy, “Killing of a Gentleman Defender.” First commissioned by The Goodman Theatre, this diverse production explores youth violence and the 1994 murder of Colombian soccer star Andres Escobar.

The reading is the second production of Transy Theater’s 2018-2019 season, the first under new program director Tosha Fowler, the Lucille C. Little Chair of Theater. This performance brings to the stage not only a new work, but a collaboration with Lexington’s professional theater community, something she promised to do when joining Transy.

The reading is directed by Bo List, producing artistic director of AthensWest Theatre Company, and features a number of professional actors familiar to Lexington audiences, as well as Fowler, who has previously performed in Chicago.

Playwright Carlos Murillo will attend Thursday’s performance. He is a Chicago-based, internationally produced and award winning playwright and the recipient of a 2015 Doris Duke Impact Award for his work in the theater.  He also received a 2016 Mellon Foundation Playwright Residency at Adventure Stage in Chicago. His body of work has been widely produced throughout the United States and Europe.

Murillo’s work, “Killing of a Gentleman Defender,” weaves the story of the 1994 murder of soccer star Andres Escobar into the artistic explorations of the lead character, Martin. Hired by a well-funded arts institution on Chicago’s Northside to create a show with youth about violence on the city’s Southside, Martin finds himself torn by the conflicting needs of the institution and the young people they believe they’re “serving,” and by a city in a death struggle with its own divided self. And when a very real act of violence hits home, what story will Martin and his youth ensemble tell?

Following the reading, Murillo will participate in a discussion with audience members. The performance is free and open to the community. Tickets are not required.