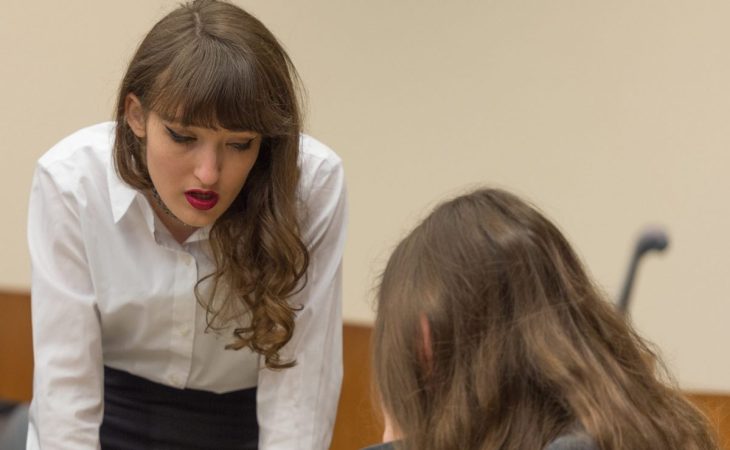 There’s a strong argument that another superlative season is in store for Transylvania University’s speech and debate team.

After all, Transy placed first in individual events—against 15 teams, some from much larger schools—during their most recent tournament at Tennessee Tech. “That’s a big accomplishment,” said Gary Deaton, director of forensics and writing, rhetoric, and communication instructor.

Chalk it up to a strong group of returning competitors, a culture of mentorship and a head start on getting ready for the season.

The team came to campus early this school year—the same time athletes arrive. “Part of the purpose of that two weeks before school started was to get people writing speeches and preparing for events,” Deaton said. “I think that was a huge help.” Once school starts it can be difficult for students to find time to write a speech, for instance, because they’re so busy with classwork.

As for mentoring, that commitment is one of the aspects that make up what is known among other teams as the “Transy model.” These mentors include graduates such as Brian Powell ’11, associate director of forensics, Rachel Halliday ’18, and Riley Bresnahan ’18, who was Transylvania’s first-ever debate national champion. Also, upper-level students teach their teammates. “This team is very fortunate to have senior leaders Donovan Finan and Kaitlynne Wilkerson,” Deaton said. “They’re really good mentors for the other students.”

Last school year, the team of Finan and Wilkerson received an at-large bid to the prestigious National Parliamentary Tournament of Excellence. They were one of the nation’s top 64 teams chosen to compete—and the only from Kentucky.

Transylvania’s other competition this school year was the Smoky Mountain Debate Tournament at Walters State Community College. First-year student Taylor Kielman and sophomore Sameer Ahmed had a strong showing in this, their first competition, finishing fifth in the Novice Division out of 28 teams. Ahmed was recognized as the third-best “debut” speaker and Kielman was ninth.

Next up for Transylvania’s speech and debate team is a home tournament on Nov. 30 and Dec. 1. The long season will wrap up right after spring break with nationals at Hofstra University in New York.

“Our expectations for this year were really high because Donovan and Kaitlynne were coming back, and the classes behind them are strong,” Deaton said. “They’ve met the expectations we’ve had—and exceeded them.”