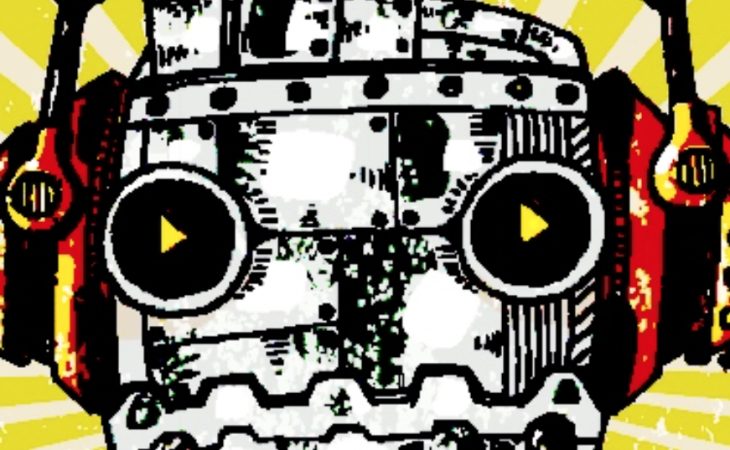 Transylvania University is making a name for itself on the electronic music scene—not only as a venue for international composers, but also as a place for students to learn the craft and share their works in front of live audiences.

Transylvania students will present their own compositions during an Electronic Music Student Recital on Tuesday, Nov. 13, at 7:30 p.m. in Carrick Theater. The event, which will showcase a variety of styles and production techniques, will be free and open to the public; no tickets are required.

“It’s fun to be in the audience hearing these new, creative works,” said Timothy Polashek, an associate professor of music and composer, whose pieces have been performed internationally from Hong Kong to Moscow. He said the recordings played in Tuesday’s concert will feature high-quality, interesting music—and it will be inspirational to hear composers talk about what went into creating their pieces.

For the students, having an audience hear their compositions and provide feedback helps them develop as musicians and take their works to another level. “It’s all meant to foster a creative community,” Polashek said.

Plus, the equipment setup in the theater sounds impressive.

“We have a really great sound system with subwoofers and three-way speakers,” Polashek said. For some of the more abstract pieces, visualizations of the music will be projected onto a large screen.

In the past, works from Electronic Music Student Recitals have made it into Transylvania’s Studio 300 Digital Arts and Music Festival, a biennial show that features artists and musicians from across globe, giving the audience a front-row seat to the leading edge of the international digital art and music scenes.

Also, Transylvania last year launched a campus-wide Digital Liberal Arts initiative, which includes classes such as Introduction to Music Technology and Interactive Music and Multimedia, as well as tools and spaces dedicated to innovative digital equipment.

Tuesday’s show will put these skills and technologies into action.

Ruth Choate ’20 made field recordings around campus and then processed the sounds, emulating an early French style of electronic music that chops up, reverses and plays around with the identity of familiar noises.

Also for the show, singer-songwriter Taylor Mahlinger ’20 is collaborating with Megan Schandel ’19 on a folk-pop piece. “The Electronic Music Student Recital is one of my favorite music events because it showcases all of the hard work and talent of the music technology students here at Transy,” Mahlinger said. “It’s been amazing collaborating with Megan this semester, and I can’t wait for everyone to hear the piece.”

The concert also will include music the audience likely will be familiar with. Seniors Jenna Soderling and Becca Duff will perform a cover of “Rhiannon” by Fleetwood Mac. “The Electronic Music recital is how students showcase their work on campus,” Soderling said. “It’s a great way to come support them as artists, and it is always surprising.”