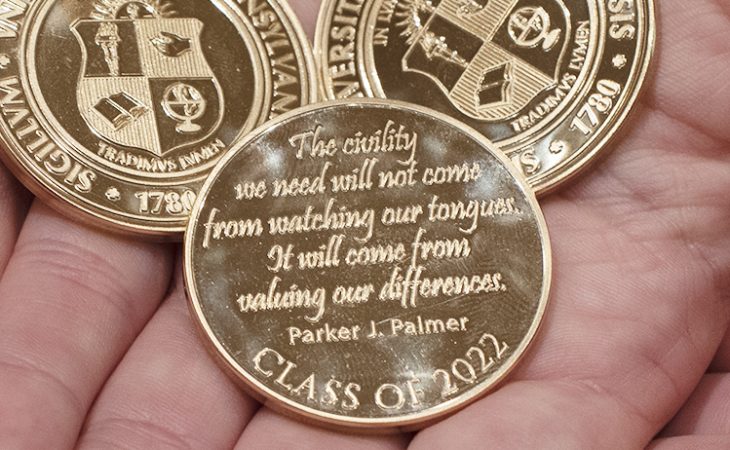 The following essay appears in the Fall/Winter 2018 issue of Third + Broadway magazine, scheduled for delivery in early December.

Civility is ambiguous. On the one hand, it is a mere formality, the outward expression of courtesy and respect. It is a precursor to virtue, but not itself a virtue. We teach children to be polite, to say “please” and “thank you” before they know why. They learn the external expression of virtue before they are capable of becoming virtuous.

We prefer when civility prevails because it makes human interactions more fluid and pleasant. It takes the edge off of rough terrain we traverse on the way toward virtue. By providing ground rules and preserving calm, it enables us to articulate a point of view and listen to another.

On the other hand, civility can conceal. Beneath religious customs and rhetoric, clergy abuse children. Behind protocol and pronouncements, politicians ignore injustice. Between slick handshakes and expensive suits, bigotry stifles fair opportunities for the marginalized. Just as civility facilitates respectful interactions, it can also preserve repressive customs, deceptive words and clever tricks.

Over time, this causes frustration. Across the country, we are watching this frustration harden into tribalism, which overruns civil discourse with the bluster of uninformed, unreflective demagoguery. The terrain toward human virtue is getting rougher.

We have made civility the theme for the 2018-19 academic year at Transylvania because we recognize its importance, its fragility and its ambiguity. We also recognize its central role in the educational process. Yet, even on college campuses, we have seen civil discourse overtaken by incivility.

One widely reported incident took place in March 2017 at Middlebury College. Students— joined by outside agitators—loudly protested as conservative author Charles Murray attempted to speak at a campus event sponsored by a student group, the conservative leaning American Enterprise Club. The club had also invited a liberal leaning Middlebury professor, Allison Stanger, to engage Murray in a public conversation after his talk. In its actions, the club encouraged the sort of dialectic that liberal arts schools espouse: a back-and-forth between two individuals with strongly differing opinions.

Murray was unable to deliver his lecture. Students heckled and turned their backs to him. Eventually, he and Stanger had to live-stream their conversation from another location. As the two left the student center, a raucous crowd physically engaged them and rocked the car where they eventually took refuge. Stanger had to be treated for a neck injury at a local hospital. Similar confrontations have occurred on college campuses across the country.

When civility breaks down, the essential activities required for learning—dialogue, debate, articulation and reflection— are drowned out.

The primary mission of school is learning. When civility breaks down, the essential activities required for learning—dialogue, debate, articulation and reflection—are drowned out. In their place ideology takes root. But ideologues have lost sight of the purpose of liberal education. They abandon the pursuit of truth and justice because ideologues naively assume they already have the truth and already are just.

By focusing on civility, our community is recalling two seminal insights established by Plato early in our tradition: the person who knows that he doesn’t know is wise, and know thyself. These intersecting insights are not only essential in exercising civility, they are at the core of what we do as a school. The first insight is governed by the virtue of humility, which is essential to the educational process. We inquire, research, read and experiment to discover what is yet unknown. These activities begin with an acknowledgment of ignorance and an openness to learning something new. To lack this awareness, to believe that one knows all that one needs to know, is to guarantee one’s ignorance.

The second Platonic insight turns inquiry inward. Self-reflection begins with an awareness of incomplete knowledge about ourselves. It recognizes the complexity that constitutes each person and the lifelong task of deepening self-understanding. Self-inquiry, deepening our understanding of what drives us and broadening awareness of the complex contexts that shape us are at the heart of being an educated adult. By avoiding these lines of inquiry and reflection, blind spots and biases develop. These biases deceive us into thinking we are open to what is different and unknown when, in fact, we merely convince ourselves that we understand the other perfectly well. “They are just wrong,” we tell ourselves.

A lack of humility and self-awareness are at the root of incivility. In their place we create stereotypes of people we may never have met and foster hubris to convince ourselves we are better than they are. Stereotyping others prevents us from knowing them. This dehumanization process has led to human catastrophes throughout history. It is much easier to kill or abuse someone we have dehumanized than someone we are trying to understand.

Self-inquiry, deepening our understanding of what drives us and broadening awareness of the complex contexts that shape us are at the heart of being an educated adult.﻿

Sadly, we see these practices at work throughout our society. By lumping people with whom we disagree into categories and labeling them a Republican, a Democrat, a conservative, a liberal, a woman, a man, a gay, a straight, a black, a white or any other constricting label, we reduce their humanity to our preconceived conception of who they are. Yet millions of people succumb to the manipulation of these labels by political leaders. As these leaders pursue power by reducing their opponents to caricatures, real issues go unaddressed. Real people are not heard.

This is the opposite of the educational process we pursue at Transylvania. Our education is a source of effective freedom. This freedom moves in two directions simultaneously. It is freedom from ignorance and freedom to pursue the highest human goods. This freedom is compromised by incivility and the anger that drives it. While negative emotions might be the appropriate reaction to many situations, acting on them rarely leads to the best solution. Self-reflection can give us insight into the causes of emotions and the understanding needed to avoid their grasp. Liberal education encourages and facilitates this reflection.

At the same time, liberal education guides students toward the higher goods of human life. There is debate about what these goods might be, but they ought to include friendship, family, citizenship, faith and culture. These goods are sustained by cultivating the virtues of honesty, courage, humility, compassion and justice. Pursuing these goods does not preclude students from developing all the skills they need to be successful in the modern economy; it elevates those skills and allows students to put them to their best uses.

What we do at Transylvania has never been more important for our students and for society. We understand the challenges we are up against. We also know how difficult it is to pursue virtue in the midst of rancor, divisiveness and uncertainty. But we have been doing this for 238 years. There have been dark times before. Our commitment to purpose sustains the light we pass on from student to student, class to class, generation to generation. We will stay focused on our mission and, in doing so, serve as a model of learning, citizenship and civility

This essay appears in the Fall/Winter 2018 issue of Third + Broadway magazine, scheduled for delivery in early December.