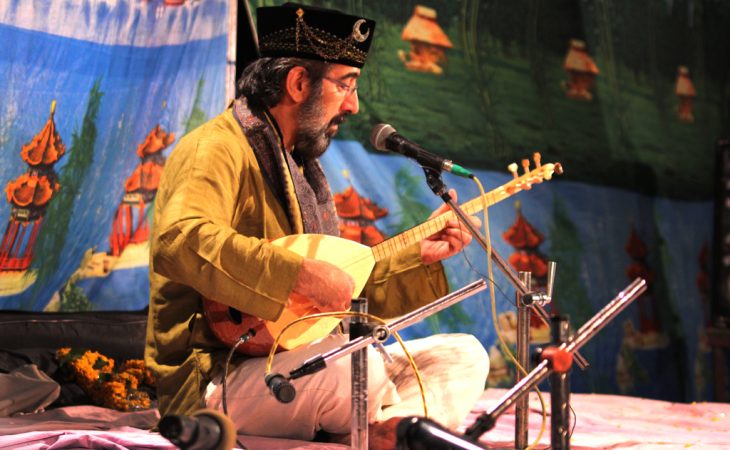 One of the most well-known Turkish musicians in the U.S., Bolat’s vast repertoire ranges from Sufi devotional songs and Turkish folk music to classical pieces. Now residing in New Mexico and Turkey, Bolat has
presented his music worldwide.

Bolat is a native of the Turkish Mediterranean town of Mersin. After receiving his degree in folklore and music at Gazi University in Ankara, Turkey, he taught traditional music throughout the country. He then went on to manage Ankara Halk Tiyatrosu, a musical theater company, which performed traditional musical plays.

This World Voices Series presentation will take place in Transylvania’s Carrick Theater Tuesday, Oct. 23 at 7:30 p.m.  The performance, part of the New Frontiers season, is free and open to the public.

The New Frontiers 2018-19 season invites the public to go beyond the familiar and explore ideas, art and music with  feature events hosted on the campus of Transylvania University. This year the season focuses on the university’s year-long campus theme—civility—and the debate over its role in shaping citizens and communities.