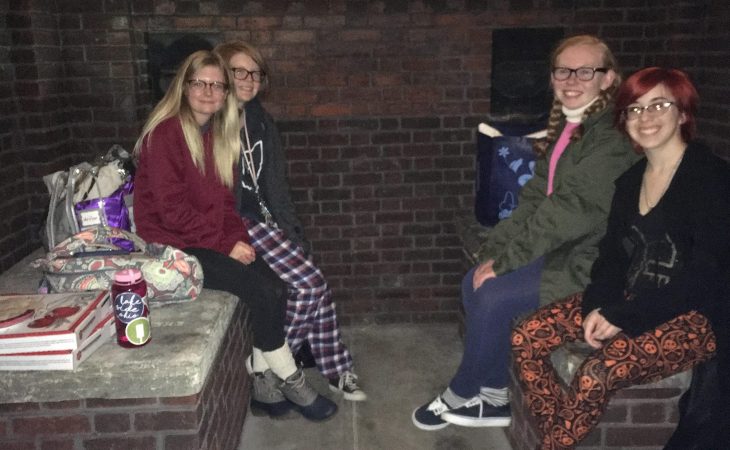 Taking part in a tradition is part of the college experience. Dartmouth College students leap into frigid water, and at Murray State, they hang their shoes in a tree.

Each year at Transylvania, students spend Halloween night in a tomb. Although the experience is sometimes chilly and oftentimes creepy, students actually compete with each other for the honor, which is said to appease the spirit of the deceased—Constantine Samuel Rafinesque, a professor who cursed the school back in the 1800s.

The sleepover is part of a weeklong Halloween/Raf Week celebration. Other activities include PumpkinMania (a public event that draws thousands), an apple cider bar, a Boo Bash and float decorating for the Lexington Halloween Thriller Parade. At each event, students collect tickets to enter a raffle to sleep in the tomb.

WKYT this week aired a feature about the sleepover in the Old Morrison administration building’s tomb. Transy students talked with Andrea Walker about Rafinesque’s curse, which allegedly hits every seven years. “Right after he left, the president that he cursed got yellow fever,” said Aaron Martin ’19, president of the Student Activities Board. The burning of Old Morrison has also been blamed on the curse. “It’s just been very spooky, weird stuff that you can’t really explain otherwise,” Martin said.

Eileen Bunch ’21 overnighted in the tomb last year. “It’s a really cool thing to be able to do and it’s just a fun part of the Transy experience,” she told WKYT. “It wasn’t necessarily that pleasant in the moment. It was really cold last year and you know it’s a tomb so it’s not necessarily the best place to spend the night, but it’s really cool to be able to say that I did it and I spent the whole night there.”

WKYT pointed out: “Good news for whoever wins this year, it’s an off year for the curse.” Watch the story below or click here to watch it online.