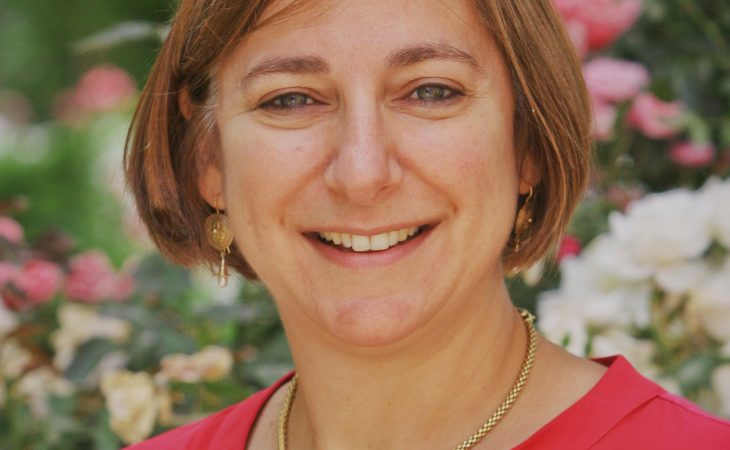 Her talk titled “Truth and Faith: Can Jews and Christians Really Open Ourselves to the Truth of the Other?” will be free and open to the public at 7 p.m. in Carrick Theater. It continues the annual Moosnick Lectureship in Judaic Studies’ tradition of fostering interreligious discourse.

The event is part of Transylvania’s Creative Intelligence Series and New Frontiers season, which focuses on the university’s yearlong campus theme of civility.

“In a time of intense polarization in both our country and our world, this year’s Moosnick lecturer models the importance of an intelligent and conciliatory voice to better understand Jewish-Christian relations,” said Paul Jones, a Transylvania Professor of Religion. “Because her sensitivity to, and her appreciation of, the religious other are grounded in texts and contexts, Dr. Lenk will help us identify and examine both the opportunities and limitations of our shared conversations.”

For most of history, many Jews and Christians have rejected the possibility that we have anything to learn from each other’s faith and religion. This talk will examine the history of this rejection as well as recent changes of attitudes among both Christian and Jewish religious leaders, and it will consider the opportunities and limitations of interfaith dialogue and understanding.

Lenk has devoted her intellectual life and career to organizing educational programs and teaching Jews and Christians—and people of other faiths—to understand and appreciate the basic texts, ideas, history and faith of the other.

Lenk, who has taught at Jewish and Christian seminaries in Israel and the United States, contributes to publications such as the Jewish Annotated New Testament. She earned her Ph.D. and a Master of Theological Studies at Harvard University, and an M.A. from Yeshiva University in New York.

Also part of the Moosnick Lectureship, Lenk will give a talk titled “Who are the Children of Sarah? Competition and Interpretation” at Ohavay Zion Synagogue on Thursday, Oct. 25, at 7 p.m. This lecture also is free and open to the public.