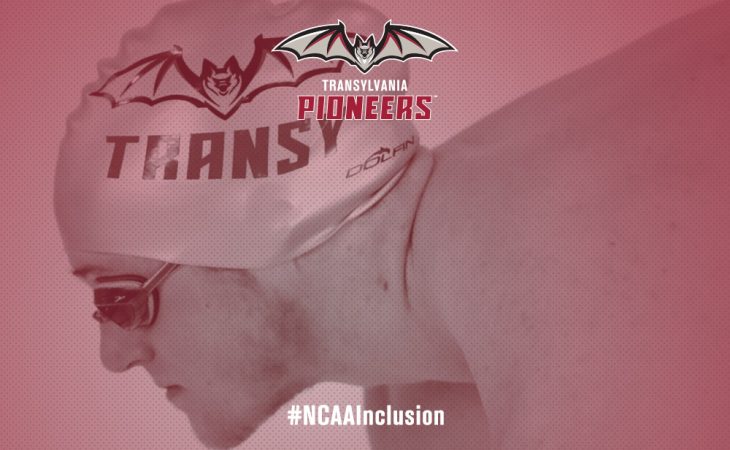 On Day 3 of the NCAA’s Diversity and Inclusion Week, we’re sharing facts related to diversity, inclusion and equity in college athletics.

In a year when Transylvania ushered in the most diverse freshmen class in its history, student-athletes and coaches are lending their voices to a national campaign highlighting diversity and inclusion.

The disparity in some sports is a point noted by some of Transy’s student-athletes. “According to USA Swimming, 70 percent of African-American children and 60 percent of Latino children haven’t learned to swim,” explained swimmer Ben Smith, a sophomore exercise science major.

“According to Outsports, in 2014, 47 percent of the out LGBTQ athletes won a medal at the Summer Olympics in Rio,” said Jennifer Buckman, a senior psychology and Spanish major and volleyball player  “LGBTQ persons have a lot to offer in the world of athletics, but there is still discrimination and stigma that surround this population that limits people from getting involved or staying involved in sports. We need to break these walls down to ensure everyone feels comfortable and gets a chance to succeed with their team.”

From Oct. 1-5,  Transy’s student-athletes and coaches are lending their voices to the NCAA’s diversity and inclusion outreach efforts. The national effort includes not only student-athletes from a wide variety of sports, but also all divisions and NCAA member institutions. Join the discussion online using #NCAAInclusion and follow @Transy on Twitter or @transylvaniauniversity on Instagram to meet our participating athletes.