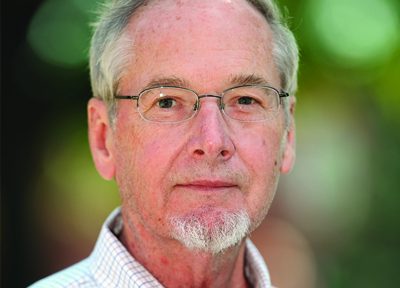 “I’m honored to be a recipient of an award named for Dr. Clark, whom I knew and greatly admired for his writings, his character and his encouragement of others to look into the deep but shimmering well of Kentucky history,” Taylor said.

He will receive the Clark Medallion at the Paul Sawyier Public Library in Frankfort on Wednesday, Sept. 26.

“We owe a debt of gratitude to Richard Taylor and other top scholars and writers published by the University Press of Kentucky,” said Stan Macdonald, a board member of the Thomas D. Clark Foundation. “They are enabling citizens to gain a much deeper understanding and appreciation of the state’s rich history and culture.”

Taylor lives in a historic home he restored near the banks of Elkhorn Creek, a tributary of the Kentucky River. He writes about an eight-mile stretch of the creek in “Elkhorn.” 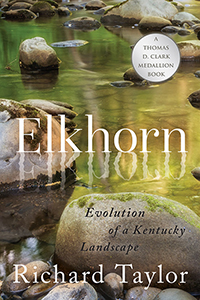 “Through his love of Elkhorn Creek and his gift with storytelling, Taylor presents readers with a powerful picture of a place that has impacted so many and served as a touchstone for Taylor and others like him,” according to University Press of Kentucky. “His adoration for the land and desire to preserve it and its history are hypnotic in their intensity.”

On Tuesday, Oct. 23, at Transylvania, Taylor will give a reading from “Elkhorn.” The event, sponsored by the Thomas D. Clark Foundation, will be held in the Cowgill Center for Business, Economics and Education, Room 102 at 5:30 p.m. The reading is open to the public.