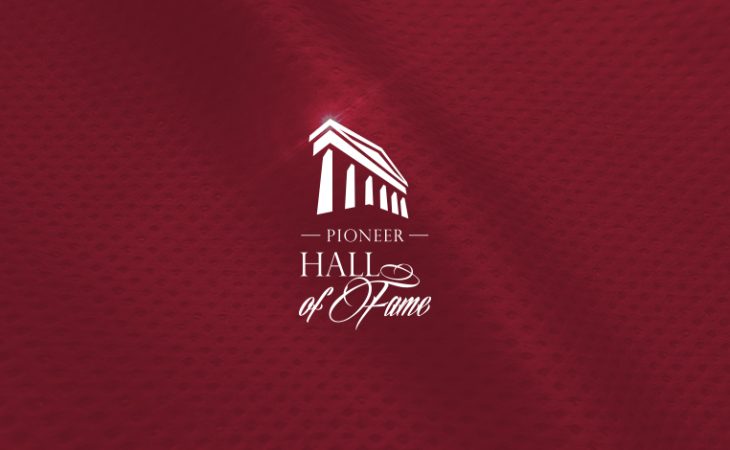 The 2018 Pioneer Hall of Fame Class features three tennis players, one as a singles player and the other two as a doubles pair, a multi-sport athlete, and a men’s basketball player from the final decade of the Don Lane era.

The 6 p.m. ceremony at the Clive M. Beck Center on the campus of Transylvania University will welcome John Mack ’69 and Bill Duty ’69, Janet Mattingly ’81, Chris Huffman ’94, and Alissa Richardson LaLonde ’96 into an exclusive and prestigious association.

“It is always an exciting time to usher in new Pioneer Hall of Fame inductees,” said Transylvania Vice President for Enrollment and Student Life, Dr. Holly Sheilley. “Transylvania has had a storied history of success in athletics and each new inductee allows us to celebrate these accomplishments.”

Mack and Duty formed a dynamic pairing in the early days of the Transylvania men’s tennis program, putting together a 25-3 record over a two-year period in the late 1960s. While each player were terrific talents in the No. 1 and No. 2 singles slots, their maximization of talent took place together as the duo worked their way to an undefeated record in doubles in the 1968 season.

Mattingly was one of the first great players in the history of the Transylvania women’s basketball program, becoming one of the first 1,000-point scorers prior to the advent of the three-point line. Mattingly was an all-around great who was relied upon as a primary scoring option and served as the team’s designated lockdown defender. In addition to her basketball talent, Mattingly was a standout on Transylvania’s field hockey team where she became known as one of the team’s strongest defensive backs over her two year career as a field hockey player.

Huffman was a cornerstone for the great Transylvania men’s basketball squads of the early 1990s. As a junior, Huffman was a high-impact player who averaged better than 20 points and eight rebounds per game and led the conference in free-throw percentage. While a car accident at the beginning of his senior season in 1993 threatened his prospect of playing that season, Huffman completed an inspirational rehabilitation, returning to the court for 1993-94 after missing just four games, willing his way into the career 1,000-point club.

Richardson LaLonde set the bar for athletic excellence across all Transylvania sports during her time with the Transylvania women’s tennis team from 1992 through 1996. During her tenure at Transy, the women’s tennis team ventured deep into national postseason play on a regular basis while she won the Great Lakes Regional Tournament in her junior season. A multi-time NAIA All-District awardee, Richardson LaLonde completed her career by achieving Pioneer Female Athlete of the Year honors in 1996.

Tickets to the Oct. 13 banquet are $40 each and can be purchased online or by sending a check to Transylvania University, Attn: Holly Sheilley, 300 North Broadway, Lexington, KY 40508. Deadline for purchasing tickets is Friday, Oct. 5.