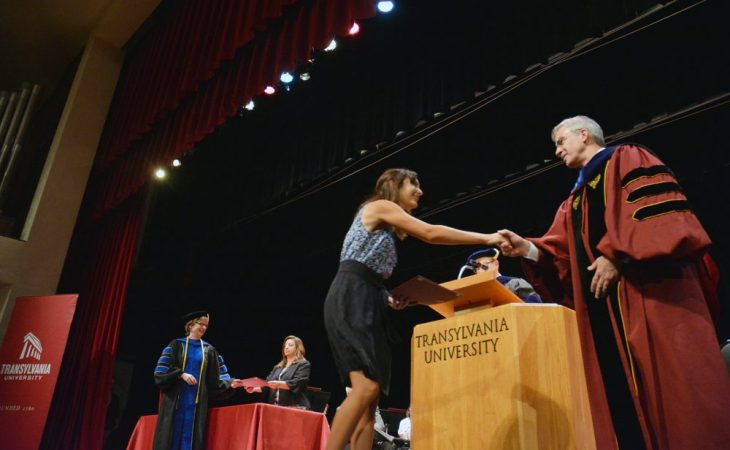 Few would argue that our society today is fiercely polarized: red vs. blue, left vs. right, rural vs. urban, the haves vs. the have-nots. This is not a new crisis, and it has been a long time coming. But its corrosive effect on basic civility is deeply troubling. We have forgotten how to talk to each other, and sometimes it feels we have forgotten how to care for each other.

Erica Horn, however, wasn’t willing to watch one of those chasms widen in her own community. She refused to ignore a problem that she felt could be solved, or at least mitigated. By raising her voice, investing her time, and imagining a better life for some of her neighbors—whatever their ideologies, religious convictions, skin color, or ethnic origin—she understood that she could help lift up her entire community. With effort, she could start bridging those gaps.

Here in central Kentucky we might be surprised how many residents live with food insecurity, their next meal uncertain, its nutritiousness suspect. After working with a community garden at Beaumont Presbyterian Church, Erica thought it would be possible to gather leftover bounty from other gardens, orchards, farmers markets, and grocery stores and, with the help of a dedicated volunteer army, distribute it to organizations that serve the hungry. Those neighborly interactions might, in turn, promote conversations among people from different circumstances, encourage mutual understanding, and help all involved recognize how much they have in common rather than focusing on how they are different.

That is precisely what we hope to achieve at Transylvania University. By exposing our students to a liberal education based in the humanities, the arts, and the sciences, by teaching them to reflect and to question, by encouraging them to debate the big issues and to engage the other side, we hope to develop citizens who can interact with each other with civility and then work productively to solve the world’s biggest problems.

In light of that goal, Erica is a Transy success story—not because she pursued advanced certifications and degrees and has established herself as a respected professional, but because, from that position of privilege and comfort, she has reached out to others who need a little extra assistance. It is for her demonstration of what it means to be a citizen that we offer her this honorary degree.