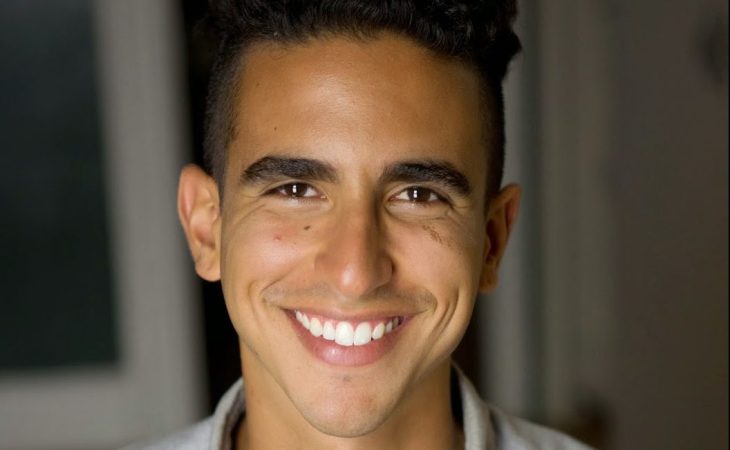 Marron—whose popular “Conversations with People Who Hate Me” podcast features chats with people who have been hostile to him online—will give a free, public lecture at 7:30 p.m. in Carrick Theater. The event will include a question-and-answer session and a meet-and-greet.

His desire to engage those with differing opinions ties into the theme of Transylvania’s academic year: civility.

“Our opening speaker often discovers a rich, shared humanity that leaves no room for hate—even where this is disagreement,” said Zoé Strecker, an art professor and director of Creative Intelligence and special academic programming.

Marron also is a writer and video maker who focuses on social justice issues and often draws online hostility towards his work. But during “Conversations with People Who Hate Me,” he engages those who disagree with him in a lively and humorous manner.

The podcast has been downloaded 2 million times and was featured in a The New York Times Magazine profile: “Dylan Marron Wants to Know Why People Hate One Another.” FastCompany called the show “the timeliest podcast of 2017,” and The Guardian and USA Today chose it for their “podcast pick.” Additionally, BuzzFeed said the show is this year’s must-listen podcast.

Marron also is the voice of Carlos on the “Welcome to Nightvale” podcast and creator of Tumblr’s Most Viral Blog of 2016, “Every Single Word.” He gave a TED talk earlier this year.

Marron’s lecture at Transylvania is the first presentation this academic year in the university’s Creative Intelligence Series. Season highlights include an Oct. 9 choral drama by Grammy award-winning Conspirare, “Considering Matthew Shepard”; and the March 27 Kenan Lecture, “Salman Rushdie, On Civility.”

These events are part of Transylvania’s New Frontiers season, which asks us to go beyond the familiar and explore ideas, art and music.