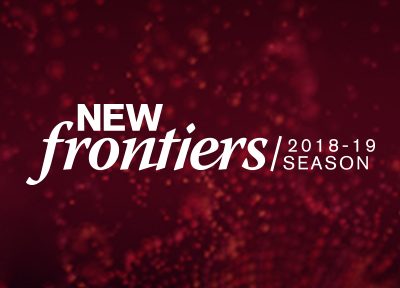 This year, the public is invited to go beyond the familiar and explore ideas, art and music with a new feature event series hosted on the campus of Transylvania University.  The New Frontiers 2018-2019 season focuses on the university’s year-long campus theme—civility—and the debate over its role in shaping citizens and communities.

“In a world that is at once fragile, unyielding, complex and searching for direction, Transylvania’s New Frontiers season draws on the arts, humanities and sciences to explore who we are as humans and how we relate,” President Seamus Carey said.

Events in the New Frontiers series are free and open to the public. Some events require reservations.

New Frontiers season highlights include signature performances and lectures, as well as selected events from the Transylvania Creative Intelligence Series, including:

A full schedule of the 2018-2019 New Frontiers season highlights is available online at transy.edu/events.

Transylvania University, located in the heart of downtown Lexington, Kentucky, is ranked in the top 15 percent of the nation’s four-year colleges by The Princeton Review, which cites its community-driven, personalized approach to a liberal arts education through 46 majors. Founded in 1780, it is the 16th oldest institution of higher learning in the country, enrolling approximately 1,000 students. Visit www.transy.edu for more information.