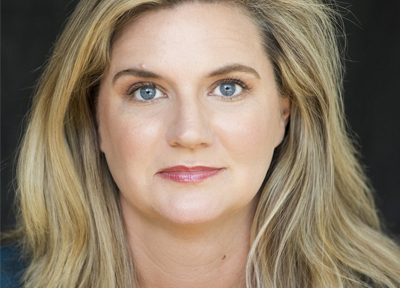 All productions will be in Little Theater and are free to the public thanks to the generous support of the Dixon-White Fund.

Transylvania Theater will benefit from Fowler’s extensive professional career in theater as an actor, director, producer, teacher and playwright in both Chicago and Atlanta. Hailed as the “fearless leader” of her founding company, Cor Theatre, she was named “One of the Top People Who Really Perform” by Newcity Chicago. Additionally, Fowler has taught at The Theatre School at DePaul University, Kent State University, Green Shirt Studios and Georgia Southern University.

“I could not be more excited to join the Transy faculty and to work with the Lexington theater community,” Fowler said. “It is an exciting time to create theater in this thriving city, and I am ready to get to work. I plan on collaborating with local talent and bring in colleagues from across the country to enrich the Transylvania Theater experience.”

From Nov. 1-10, Fowler will direct a production of “Stupid F—ing Bird,” a heartfelt, irreverent remix of Chekhov’s “The Seagull” by Aaron Posner. Featuring an ensemble of writers, actors and those who choose to watch, it will tickle, tantalize and incite the audience to consider how art, love and revolution fuel the pursuit of happiness.

On Nov. 29, Transylvania Theater will introduce Lexington to Carlos Murillo, an award-winning playwright and Mellon Foundation recipient. Working with the university and the surrounding theater community, Murillo’s visit will culminate in a public staged reading of his new dark comedy, “Killing of a Gentleman Defender,” directed by Bo List, the producing artistic director of Lexington’s AthensWest Theatre Company. First commissioned by Chicago’s Goodman Theatre, this diverse production explores youth violence and the 1994 murder of Colombian soccer star Andres Escobar. Murillo will host a talk-back with the audience after the reading.

From Feb. 21 to March 3, “Silent Sky” will conclude the Transy mainstage season. Written by award winning playwright Lauren Gunderson, “Silent Sky” tells the true story of Henrietta Leavitt’s groundbreaking contribution to astronomy at the Harvard Observatory in the early 1900s. Fowler and Gunderson, who have been long-time colleagues, view this as a first step to many collaborations in Lexington for the future. According to the Atlanta Journal-Constitution, the play is “an intellectual epic told on an intimate scale. Bottom line: Heavenly.”

Finally, from May 2-5, the Student Theater Guild will present William Shakespeare’s “A Midsummer Night’s Dream” as part of the Transy Student Series. The guild will bring an electric theatrical vision to the classic romance about the supernatural nature of love.

Visit transy.edu/theater or call 859-233-8514 for more information or to reserve tickets or to get more details on Transylvania Theater’s 2018-19 season, a part of the university’s New Frontiers series.