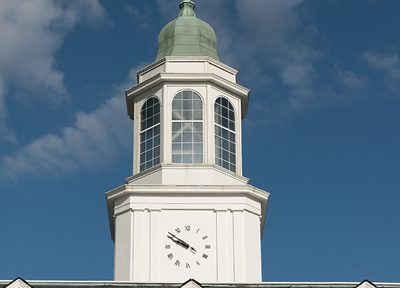 “I think families are surprised when they hear how affordable a Transylvania education is—even compared to the cost of a public university,” said Holly Sheilley, vice president for enrollment and student life. “Our students, who come from a variety of socioeconomic backgrounds, are prepared to pursue higher degrees or start great careers after they graduate without being overburdened with debt.”

In fact, student loan debt is lower at Transylvania than at the average state public university. Also, the typical financial aid package for incoming students was $26,643 last year, and 98 percent of students received gift-aid they didn’t have to pay back. These savings are on top of the fact Transylvania costs about $10,000 less than the average top-100 liberal arts college.

In addition to today’s Kiplinger ranking, Transylvania has earned many similar recognitions for providing a quality education at an affordable price. For example, the university made the nation’s top 10 in the USA Today/College Factual’s Best Colleges for the Money. Transylvania also recently was named one of U.S. News & World Report’s Best Value Schools among liberal arts universities and Money’s Best Colleges for Your Money.

Kiplinger ranks Transylvania 104th among all colleges and 54th among liberal arts colleges for value. The university moved up 10 and 6 spots respectively over last year.

“Our rankings, which weigh affordability alongside academic quality, are a great resource for students and their parents when sorting through college choices,” said Mark Solheim, editor of Kiplinger’s Personal Finance magazine. “We start with a universe of nearly 1,200 schools and trim the list using measures of academic quality. We then rank the schools based on cost and financial aid data. All 300 schools on our list are worth a look.”