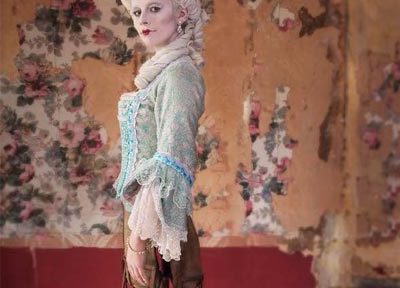 “Marie Antoinette” marks the second annual production of the university’s professional theater residency program, which is sponsored by the Dixon/White Theater Fund. The fund also underwrites the cost of tickets, which makes professional productions free to the Lexington theater-going community.

The Project SEE residency gives students a chance to work and perform alongside theater professionals, said director Sullivan Canaday White, who is a Transylvania professor and a Project SEE Theatre co-founder.

While depicting the past, the upcoming production of “Marie Antoinette” will resonate with modern audiences. “Adjmi’s acerbic wit and unflinching depiction of class warfare offers a cautionary tale for America in the 21st century,” White said. “Though the play begins with royal diversions and regal amusements, it quickly descends into the chaos and violence of the French Revolution. I don’t think the historical ending needs a spoiler alert, but the death spiral of the French aristocracy clearly portrays what can happen when the billionaire-class loses touch with the needs of the 99 percent.”

Hailed by Time Out in New York as a “jagged yet elegant historical riff,” Adjmi’s contemporary take on the ill-fated queen of France unmasks an aristocracy whose addiction to entertainment turns their dream of untold wealth into a nightmare of resentment and revenge. Read more about the production, including the cast and crew, here.

“Marie Antoinette” will be performed in Transylvania University’s Little Theater May 17-21, Wednesday through Saturday evenings at 7:30 p.m., and there will be a Sunday matinee at 2 p.m. Tickets are free, but because of limited seating, reservations are recommended.