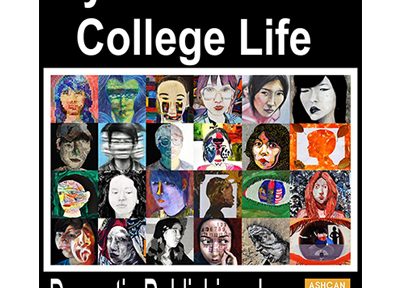 LEXINGTON, Ky.—More than a dozen student playwrights at Transylvania University will soon see an anthology of their work released by a major U.S. publisher and available for productions in English-speaking theaters around the world.

The play, which features 40 monologues along with a few choruses, is a humorous and heartbreaking look into the hearts and minds of today’s college students. It touches on a wide range of issues—including social justice, gender identity, relationship boundaries, future prospects and roommate etiquette.

“Throughout this creative process, Brooke and I have wanted the play to address a broad range of concerns identified by college students today,” Dixon said. “This dramatic journey reveals the difficult choices and revelatory encounters that lead to what colleges call ‘personal transformation,’ which is generally beneficial but, as this material attests, it’s never easy to change at any age and the individual outcomes are absolutely unpredictable.”

The dramatic monologues were written by 17 Transylvania students and a dozen other playwrights, mostly in MFA playwriting programs around the country, including Ohio University, University of Arizona and University of North Carolina at Greensboro.

The project has been in the works for two years and was originally conceived by Jon Jory, former producing artistic director at Actors Theatre of Louisville. The individual monologues were selected from more than 200 submissions and sequenced for a dramatically effective, hour-long performance. While Dixon expects the anthology will be published sometime later this year, no exact date has been set.

The university’s Theater Program will present a reading of the script the weekend of March 30 to April 2.