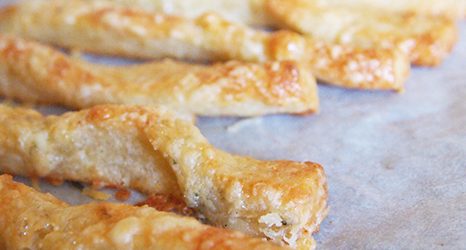 My college decision was based mostly around cheese-sticks.

That may sound peculiar, and that may sound shallow. But let me explain. I’m not talking about the physical cheesesticks, which, although they were cheesy and delicious, were probably not sufficient grounds for choosing a college. My college decision was made by symbolic cheesesticks. My college decision was made by a box of cheese sticks and everything they stood for.

Maybe I should elaborate.

I did my overnight visit with Transylvania the night before I was scheduled to interview for a premier scholarship. I was nervous. Although I had rehearsed thousands of times what I would say to the interviewers, how I would dazzle them with tales of my extra-curricular involvement and high-school leadership roles, I remained decidedly freaked out. What if I said something stupid? What if they asked me a question I couldn’t answer? What if everyone there was clearly smarter and better than me? These were the questions which buzzed in my mind when I arrived that night, which preoccupied me while I introduced myself to my overnight host, which nagged at my subconscious as I ate dinner in the caf, and followed me even after we returned from watching a cabaret performance of Disney songs.

But everything changed after we walked back to Forrer and the overnight hosts ordered boxes of cheese sticks from Mad Mushroom pizza. We played an introduction game that required us to give our name, our hometown, a major we were interested in, and one funny story about ourselves. I’m a naturally reserved person, so this, at first, made me nervous. However, as we all laughed at each others stories and stuffed our faces full of cheese-sticks, I realized that I no longer felt anxious. I was talking to the overnight hosts and other high school students as if I had known them all my life. I realized that I felt a sense of belonging I had never experienced at a visit to any other college. No other college had bought me cheese-sticks. No other college had extended such a gesture of welcomeness and community. And that’s when I began to realize I belonged at Transylvania.

And even after the physical cheese-sticks were gone, their symbolic spirit lingered throughout the rest of my interview process. Everywhere I went, I felt welcomed by faculty and by students alike. I had meaningful conversations with other prospective students, conversations that wouldn’t have happened if not for the palpable air of openness, inquisitiveness, and acceptance. My interview itself was nothing like I had imagined- rather than being grilled about my achievements in high school, I had a conversation with my interviewers about writing, reading, and promoting academic competitiveness among girls. I wouldn’t have dreamed I would be able to carry out a discussion of that depth with people I had only just met, but there I was- it was that cheese-stick hospitality again, the feeling that my personality and my ideas were valued and encouraged.