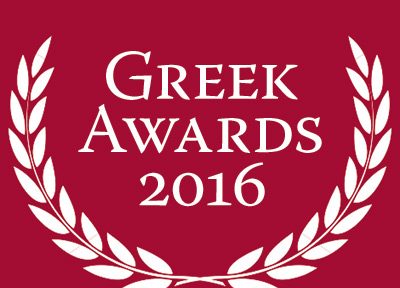 These Greek organizations continue a tradition of excellence and campus and community involvement that stretches back to 1888.

The Chi Chapter of Chi Omega was honored this past summer at its convention with the National Chapter of Excellence award. This award is given to the top-performing chapters across the nation based on considerations such as recruitment, operations, programming, retention, scholarship and leadership.

At their Collegiate Leadership Conference last spring, the Delta Delta Delta members were awarded the Tri Delta Service Award for their outstanding service to the community.

The Delta Theta Chapter of Phi Mu was awarded two awards at their National Convention over the summer. They won the Collegiate Academic Award in recognition of their outstanding scholastic achievement. They also were awarded the COB Quota award for making quota during Continuous Open Bidding.

The Beta Mu Chapter of Delta Sigma Phi received multiple awards prior to the start of school.

•Their Service Award recognized a culture of volunteerism built into the day-to-day experiences of the brothers. The Beta Mu chapter averaged 54 hours of service per member, and 95 percent volunteered 20 or more hours with local partners—Habitat for Humanity, for instance.

•They won the Ritual Award for best implementing the values and founding principles of the fraternity into its activities.

•The Leadership Award recognized them as the chapter with the highest level of member involvement in campus or local organizations, leadership and diversity.

•The chapter completed 20 out of a possible 20 components in their Pyramid Program submission (the first chapter to do so), winning the Pyramid Of Excellence award. During the past year, the chapter volunteered nearly 5,000 hours of service.

Nationally, Kappa Alpha Order was recognized with the 2016 Laurel Wreath Award from the North-American Interfraternity Conference for development and implementation of the Social Strengths Workshop. The Laurel Wreath recognizes unique programs, community outreach and influence within the fraternal world. The Transylvania chapter was one of six fraternities and sororities that collaborated to spearhead the development of the Social Strengths Workshop to educate members on sexual assault, relational violence, healthy relations and bystander intervention. Throughout the 2015 fall term, every chapter of the Order received this specialized training, reaching over 7,500 undergraduate members. Kappa Alpha Order was the only fraternity to achieve 100 percent implementation in one semester. Transylvania grad Michael Wilson ’00, chief financial officer of the NIC, presented the Laurel Wreath Award during the 79th Meeting of the Advisory Council this past July in Oklahoma.