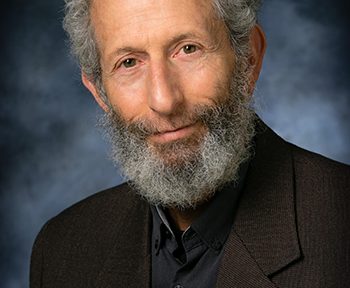 LEXINGTON, Ky.— Reuven Firestone, who is a leading national authority on Jewish-Muslim relations, will give the Moosnick Lectureship in Judaic Studies at Transylvania University on Tuesday, Nov. 15.

Firestone’s talk, “How the Birth-Pangs of Religion Complicate Peacemaking Between Faith Communities,” will begin at 7 p.m. in Carrick Theater.

“The selection of professor Firestone as this year’s Moosnick lecturer in Judaic Studies is particularly significant,” said Transylvania religion professor Paul Jones. “Because many of the globe’s hotspots involve religion, it is imperative that we listen and learn from an informed voice who has spent his academic life dedicated to understanding and respecting the religious other.”

As part of Firestone’s visit to Lexington, he will speak on Nov. 16 at Ohavay Zion Synagogue. The topic of the 7 p.m. talk will be “Diversity of Religious Expression in Islam.”

Both lectures will be free and open to the public.

Born in Northern California, he was educated at Antioch College and Hebrew University in Jerusalem. He received his M.A. in Hebrew literature and Rabbinic Ordination at Hebrew Union College; and he earned his Ph.D. in Arabic and Islamic studies from New York University.

Firestone’s campus talk and the other endowed lectures at Transylvania this academic year follow the theme of “Unlearn Fear + Hate,” a public art project by professors Kurt Gohde and Kremena Todorova.