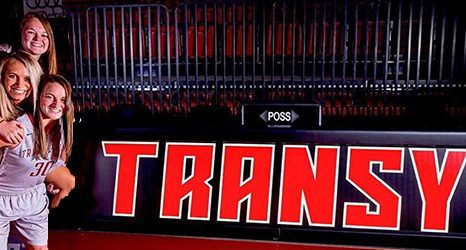 There are a lot of misconceptions about NCAA Division III and how to pay for college. Do we provide athletic scholarships? Academic scholarships? Can you sign a National Letter of Intent?

We have jotted down these common questions from parents and students and provided you with the in-depth answers you need to better understand Division III.

“I am the BEST [insert sport here] athlete at my school/county/district/state. How can I earn an athletic scholarship to attend Transylvania University?”

That’s awesome! We’re thrilled you’re interested in sporting Crimson as a Transylvania Pioneer. The good news? We have MANY scholarship offerings available, but you earn them in a different way than you might have imagined.

According to NCAA Division III Bylaw 15.01.3, “A member institution shall not award financial aid to any student on the basis of athletics leadership, ability, participation or performance.” This means that as a NCAA Division III institution, Transylvania University is not allowed to provide athletic scholarships to students. So, how do you pay for college? Through your performance in the classroom and other avenues, such as financial need. Transylvania provides hundreds of thousands of dollars in merit-based scholarships every year. When combined with financial aid, it can make an education at Transy very affordable.

“NCAA DIII schools aren’t allowed to give athletic scholarships, but what if I’m an exceptional athlete. If the coach really wants me they can ‘sweeten the pot’ if they want too.”

NCAA Division III bylaws are pretty clear when it says schools are prohibited from providing athletic aid. In fact, Division III institutions are closely monitored by the NCAA on how they allocate their financial aid and they will step in and review a school if they expect a potential violation. If found guilty, it can be considered a ‘major infraction’ meaning the school could face serious consequences. The student may also suffer repercussions, as the bylaws (15.01.2) also state, “any student-athlete who receives financial aid other than that permitted by the Association shall not be eligible for intercollegiate athletics.”

And if you think that monitoring is all talk, think again.

In 2016, for instance, the NCAA DIII Committee on Infractions placed Kalamazoo College on three years’ probation for violating these rules. And the year prior, several institutions offered impermissible athletic-related financial aid benefits that were discovered by the NCAA. (Source) DIII schools like Transylvania diligently assess their scholarship offerings to make sure student-athletes receive no more than what they would if they applied as a non-student-athlete.

“Maybe you can provide a ‘leadership’ or ‘athletic-need’ grant, then it’s not considered an ‘athletic scholarship’, right?” *wink, wink, nudge, nudge*

We hear this from students and parents often. They either heard it from a friend, a parent or a coach. But, we guarantee that what you may hear from others may not be 100% accurate. Why? Because the NCAA addresses that too.

Bylaw 15.01.5 says, “No part of an institution’s financial aid budget shall be set aside either for particular sports or for athletics in general, nor may an institution establish athletically related quotas of financial aid recipients.” It goes on to specify in 15.01.6 to say it can’t be disguised by a ‘need’ label either: “A member may not establish an “athletics need fund” for student-athletes and advertise its availability to prospective student-athletes who may qualify for need-based aid. “

The question is: IF what you hear is accurate and another DIII institution has knowingly and deliberately broken NCAA rules and provided athletic funding, is that the type of college you want to attend? One that will not only break the rules, but put you in danger of losing your eligibility to play intercollegiate athletics?

Wait a second…so because I’m not receiving an athletic scholarship, I can’t sign a National Letter of Intent in front of my school, family, or friends?! #freakoutmoment

Technically, you cannot sign a National Letter of Intent. An “NLI” is only provided if you are accepting athletic aid from an institution. However, you CAN still get your moment to shine and your photo in the newspaper. Rather than signing an NLI, you can sign a non-binding “celebratory signing form”.

Prospective student-athletes are permitted to sign the celebratory signing form at any point, including high school signing events after they have been admitted to the institution. But, don’t be concerned if your college of choice doesn’t share your signing in press releases or on social media!  Institutions are not permitted to publicize a prospective student-athlete’s commitment to the institution until they have submitted a deposit. The only other limitation? DIII coaches are not allowed to be present during a signing, but they sometimes are asked to provide loaner Transy swag to make your table and signing look picture-worthy. You are still more than welcome to have your admissions counselor, your high school coach, family and friends attend.

In DIII, there are no athletic scholarships. If you want scholarship money at a DIII institution, you need to perform well in the classroom, not just on the court, field or pool.

And while you may feel like not receiving ones makes you in the minority, it doesn’t! In reality, only about two-percent of high school athletes nationwide are awarded NCAA athletics scholarships to compete in college.

While it’s exciting to share that your athletic talent has earned you money…its even better that your brain has.