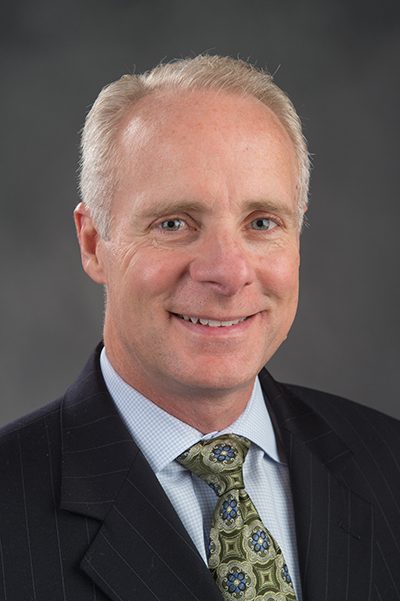 Smith comes to Transylvania from Illinois Wesleyan University, where as vice president for advancement he increased total giving by more than $10 million in the past five years.

“I’m excited for this opportunity to help Transylvania prosper as one of the nation’s top liberal arts colleges,” Smith said. “I’ll work hard to ensure not only that current and future Pioneers continue to receive the resources needed for the best possible education, but also that alumni maintain strong bonds with the university that made them who they are today.”

Smith will begin at Transylvania on Aug. 1.

At Illinois Wesleyan he led the largest campaign in the school’s history, raising $141 million for scholarships, professorships, facilities and the endowment.

Additionally, he will foster relations with businesses and organizations and serve on the president’s cabinet, where he will contribute to decisions that affect the university as a whole.

Smith’s extensive experience in higher education includes serving as vice president for university advancement at Ottawa (Kan.) University, where he also was director of major gifts, campaigns, development, athletics and public relations. Additionally, he was director of athletics for Saint Joseph’s College in Rensselaer, Ind.

Smith earned a Bachelor of Arts in public relations from Ottawa University and a Masters of Sports Administration from the University of Kansas.

He is a member of the Council for Advancement and Support of Education, and he twice received the CASE Educational Fundraising Award for Overall Improvement.

“We welcome Martin to the Transylvania community and very much look forward to working with him,” Transylvania President Seamus Carey said. “He has an outstanding record of fundraising and cultivating relationships with alumni and the general public as well as a solid background in athletics administration.”