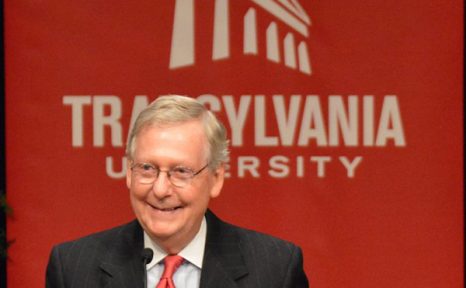 All of the lectures are free, open to the public and in Carrick Theater, which is in the Mitchell Fine Arts Center.

First, on Wednesday, Nov. 4, professor Lawrence Schiffman will speak on “The Dead Sea Scrolls: Judaism and Christianity” at 7 p.m. “He is without peer, the leading international scholar on the Dead Sea Scrolls, which were the greatest archaeological find of the 20th century,” said Paul Jones, a religion professor at Transylvania. “The discovery of the Dead Seas Scrolls in 1947 revolutionized the way scholars now understand Judaism during the time of Jesus.”

The talk is part of the Moosnick Lectureship in Judaic Studies. The next evening at 7 p.m., Schiffman will lecture on “The Bible and Its Interpretation in the Dead Sea Scrolls” at Temple Adath Israel.

On Thursday, Nov. 5, award-winning Detroit poet Jamaal May will give a reading at 5 p.m. His first book, “Hum,” won a Beatrice Hawley Award and American Library Association Notable Book Award and was an NAACP Image Award nominee.
He has published two chapbooks, and his poetry has appeared in Poetry, The Believer, Ploughshares, New England Review and The Kenyon Review. He also is the series editor, graphic designer and filmmaker for the Organic Weapon Arts Chapbook and Video Series.

The lecture at Transylvania is part of the Delcamp Visiting Writer Series.

Then on Tuesday, Nov. 10, University of Baltimore professor Ronald Weich will give a lecture titled “Same­Sex Marriage: How a Political Poison Pill Became a Federal Constitutional Right.” Weich is a former assistant attorney general in the U.S. Department of Justice and chief counsel to Sen. Harry Reid. The talk, which is part of the John Marshall Harlan Lecture Series, will be at 5 p.m. He has published numerous articles on federal sentencing and other criminal law topics.

A reception will follow in the lobby of Haggin Auditorium.

Finally, on Wednesday, Nov. 11, U.S. Sen. Mitch McConnell will give a historical lecture titled “Happy Chandler, Earle Clements and Thruston Morton: The Rivalry that Defined an Era and Launched a Career.” The event, which will be at 3 p.m., is sponsored by the Henry Clay Center for Statesmanship and Transylvania.

The center has a history of facilitating political dialogue; for instance, in 2011 it sponsored a forum with former House Speakers John Boehner, Nancy Pelosi and Dennis Hastert.