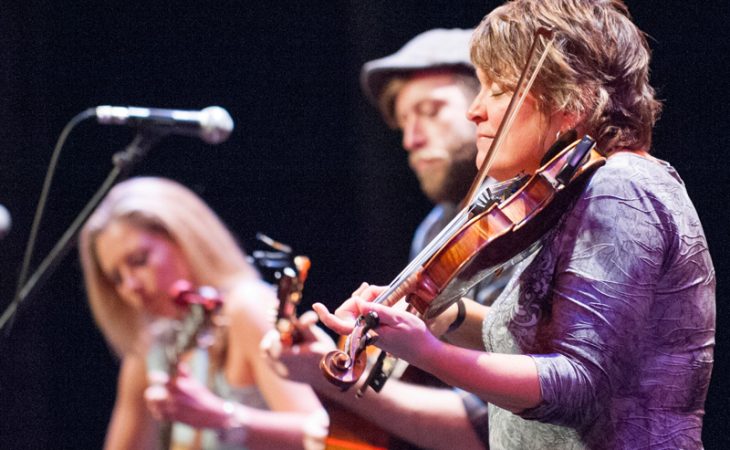 LEXINGTON, Ky.—Grammy-winning Celtic fiddler Eileen Ivers, whom The New York Times called the Jimi Hendrix of the violin, will perform at Transylvania University on Oct. 7 at 7 p.m. in Haggin Auditorium.

Ivers has played with a variety of performers, including Riverdance, Sting and Hall and Oates, and she has appeared on film soundtracks, most notably “Gangs of New York.” She is a nine-time All-Ireland Fiddle Champion and has become one of the most renowned figures in contemporary Irish music.

Her band’s most recent program, “Beyond the Bog Road,” is a celebration of the Americana sound, surveying the growth of bluegrass, Appalachian, Quebecois and Cajun styles from their roots in Celtic music. The performance is energetic and passionate, with a wide variety of musical flavors.

Tickets are free to the public and can be picked up before the show in the William T. Young Campus Center beginning Sept. 15 until they are sold out. For more information, call 859-233-8120.

The event is part of the four-day Celebration of Transylvania, which will feature the inauguration of Seamus Carey as the university’s 26th president.

Transylvania University, located in the heart of downtown Lexington, Ky., is ranked in the top 15 percent of the nation’s four-year colleges by The Princeton Review, which cites its community-driven, personalized approach to a liberal arts education through 38 majors and 37 minors. Founded in 1780, it is the 16th oldest institution of higher learning in the country, with nearly 1,100 students.