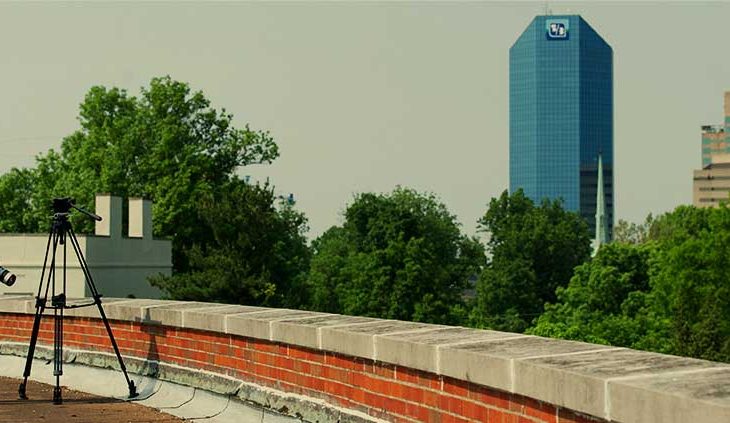 LEXINGTON, Ky.—Transylvania University on May 23 graduated the first group of majors from its new neuroscience program.

These students are poised to further their educations in graduate or professional school or join the workforce after taking an interdisciplinary approach to a range of scientific and philosophical issues—from artificial intelligence to how the brain functions and how it makes us who we are.

Transylvania, which started the program in the fall of 2013, now has 35 neuroscience majors. Courses are as varied as Foundations of Computer Science, Behavioral Pharmacology and Music Cognition.

The program allowed graduating senior Tiara Harris of Maysville to combine her three main areas of interest: biology, psychology and computer science. She said the major gave her a well-rounded perspective.

“In my four years here, the liberal arts have taught me that there are many different viewpoints to solve a question,” she said.

After graduation, Harris wants to focus on not only neuroscience but also education, possibly through Teach for America. She hopes to eventually land a job in the new field of neuroeducation.

Senior Brooke Newman of Lexington said her neuroscience major provided an opportunity to learn the brain’s biology as well as understand, from a psychological standpoint, why we do what we do. “I’m also a psychology major, so the two played in very nicely to each other,” said Newman, who plans to apply to graduate programs in either neuroscience or clinical psychology.

This year’s other neuroscience graduates are Iyabo Erinkitola of Woodstock, Ga., Andrew Hoertz of Louisville and Brieana Vittitow of Bardstown, Ky.