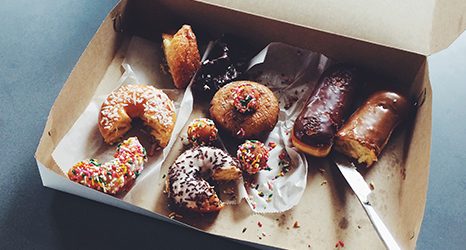 Who knew that natural selection and genetic variation could make such an interesting class?  Neither did I, until I decided to take my First-Year Research Seminar (FYRS) entitled “Darwin (and Wallace’s) Dangerous Idea.”  I figured that I had some previous knowledge on evolution, and I thought that I could bring a unique perspective to the class.  However, I never imagined that this would become my favorite class that I am taking this semester.

Every class, we discuss different ideas (like art, attraction, culture, and even gender) and how these ideas can be interpreted based on the paradigm of evolution.

The key word here is DISCUSS: it is not a lecture class, there is no note-taking (unless you want to jot down ideas or great thoughts), and there is no chance of falling asleep in a class like this.  Sometimes our discussions get intense, as every person has a different perspective, but there is never a loss of respect for others’ opinions.

A great example of how engaged my fellow peers are came one Friday afternoon, when we took our discussions outside the classroom.  About three-fourths of our class met for lunch in the cafeteria to discuss an article that was not part of the syllabus.  Over the course of half an hour, we analyzed, discussed, and argued about the article.  I left this lunch with a full belly and a mind full of new ideas which I could not have imagined by myself alone.

Now, to the reason you are probably all reading this article: the curious “Donuts” portion of my alliterated title.  A couple weeks ago, our class played a little game to experiment the validity of gender differences.  We competed, male versus female, in a contest of Telephone, in which one message is conveyed down a line of people.  The final person then wrote this message on the board, and it was compared to the original.  The basic hypothesis was that women are better at language since we communicate (aka gossip) so much.

In the end, both males and females had won a round, thus implying that males much gossip as much as females *all the guys out there are shaking their heads.*  As consolation prizes for both teams, our professor promised to bring in donuts to our next class.  And let me tell you, these donuts, although not donuts sweetened by the taste of victory, were delicious.  I thought it was the nicest gesture, and it just displays how caring and thoughtful professors can be here.

Plus, because of the small class size, we were each able to eat two.