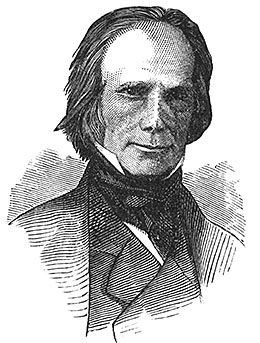 LEXINGTON, Ky. — The Henry Clay Center for Statesmanship, a partnership of Transylvania University and the University of Kentucky, is preparing to convene high school students from across the United States for its sixth Student Congress June 7–14.

These leaders and policymakers of tomorrow will hear speakers and participate in debates focused on major global issues of our times, all in the context of the statesmanship that endures as the legacy of Henry Clay—senator, speaker of the house, secretary of state and three-time presidential candidate.

The students will address topics currently in the news, such as the Russo-Ukrainian conflict and global water issues, specifically water shortages influencing the Israeli-Palestinian conflict.

Other issues will be chosen by the students themselves. During their stay, they will be asked to identify the three greatest threats facing the new generation and then will debate those issues on the floor of the Old Capitol in Frankfort. Their day in Frankfort will culminate with dinner at the Governor’s Mansion.

Featured speakers will include politicians such as Lexington Mayor Jim Gray, Kentucky Lieutenant Governor Jerry Abramson and former Kentucky State Treasurer Jonathon Miller, as well as esteemed educators and historians, including Kentucky State Historian James Clotter. Professors invited to speak include Michael Cairo and Kathleen Jagger from Transylvania, Karen Petrone from the University of Kentucky and Timothy Johnson from the University of Minnesota.

The format of the 2014 Student Congress is a departure from five previous student congresses, which welcomed over 250 rising college seniors to Lexington. This year, invitations were extended to 44 academically exceptional rising high school seniors who completed a rigorous application and received the endorsement of their school principal or guidance counselor.

“Giving high school students the same opportunity that we have traditionally given rising college seniors has the added benefit of exposing the best and the brightest to Kentucky at an earlier age,” explained Robert Clay, board co-chair for the Henry Clay Center.

Transylvania and the University of Kentucky will both host activities for the students, who will stay on the Transylvania campus in the heart of downtown Lexington.

Henry Clay taught law at Transylvania and was a lifelong trustee of the college. During the 1830s, he supervised the construction of Old Morrison, the iconic administration building on Transylvania’s campus. Students will also visit other locations significant to Henry Clay, including his law office in downtown Lexington and his nearby home, the Ashland Estate. Other day trips will include a visit to Three Chimney’s Farm for a firsthand look at a signature Thoroughbred horse farm.

Henry Clay, the Great Compromiser, dedicated his life to promoting the value of civil dialogue, and it is the goal of the Henry Clay Center for Statesmanship to introduce the leaders of tomorrow to his legacy.