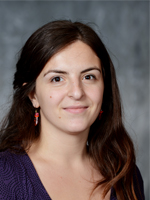 Safarian, a philosophy major from Lexington, has enrolled in Harvard Law School but will first spend a year in South Korea teaching English to secondary students as part of her Fulbright award.

Safarian, who is native Armenian, hopes the fellowship will make her more marketable when she earns her law degree.

“I knew I wanted to do some kind of fellowship, and the Fulbright is very well known,” she said. “I want to learn to speak Korean, and I want to learn how to cook Korean food. I’ll also be traveling to Japan and China.”

Part of the fellowship includes an independent project in conjunction with her time teaching. Safarian is working with Bryan Station High School in Lexington to develop collaborative art projects that students from Bryan Station and her school in South Korea can do at the same time. She’ll start an afterschool art program where students will work from similar prompts as the ones in Lexington.

Safarian is interested in public interest law, particularly immigration and refugee status. She has previously traveled to India and the Philippines on research projects through Transylvania Kenan Grants and to Yale University’s summer bioethics internship. South Korea will be another big step in furthering her global experience to prepare her for that field. 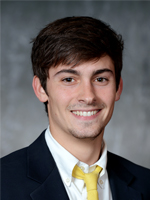 Costigan, an economics major and Spanish minor from Franklin, Ky., will live for nine months starting in the fall in Madrid, Spain, and teach high school English. He spent July in Cuenca, Ecuador, studying Spanish on a Juan Manuel Sampere Scholarship through Sigma Delta Pi, the national Spanish honorary.

“I took a lot of economics classes the last two terms, so I didn’t have as much Spanish practice as I’d like leading up to the Fulbright,” he said. “So I’m hoping to improve my Spanish-speaking abilities and learn more about a specific culture. I think in the future with this experience in Spain, there’s a potential for me to work more directly with them in whatever career path I decide to take.”

As part of an independent project, Costigan plans to start an English resource library at his school. He is working with the International Book Project in Lexington to gather materials to send over with him to get the library underway. “I’m going to try and get some interesting young adult fiction for the students to read,” he said.

Costigan’s goal is to work in diplomacy and foreign relations, particularly in development. He wants to use this economics degree not strictly for economics, but in the political realm.

He had chosen Transylvania over similar schools because he could play soccer for the Pioneers. However, a back injury early in his first year ended his season and his soccer career. Athletics had long been a primary focus for Costigan and a positive influence in his life. A bit adrift, he found himself “searching for something that could fill the void.”

“Transylvania has opened my mind a lot,” he said. “I came in without a whole lot of direction academically, and they helped me realize that it’s okay. Throughout my four years, I thought about doing a dozen different things from law school to a Ph.D. in economics, and now to diplomacy.” 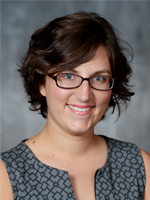 Kloha, a mathematics and music double major from Ashland, Ky., will live in Malaysia, where she will organize a weekly music workshop to teach students about the similarities and differences between Malaysian and American folk music.

“This exercise will further equip students with the ability to draw more meaningful connections between varied ethnic groups within their own country and beyond their borders,” she said. “I intend to demonstrate Appalachian folk music by performing with my violin/fiddle and, if resources allow, through recordings from various artists.”

Like Safarian, she spent a summer in the Philippines doing research as part of a Kenan Grant. She and several other students performed a study on the acceptance of HPV vaccinations. Their work was published in the Asian Pacific Journal of Cancer Prevention and presented at the American Public Health Association annual meeting.

After her stay in Malaysia, Kloha plans to earn a mathematics teaching certificate and pursue a master’s degree in education.

The Fulbright Program was founded in 1946 by Senator J. William Fulbright and provides grants annually for graduate study, university lectures, and advanced research.