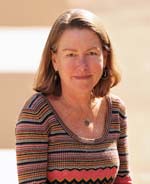 LEXINGTON, Ky.—President R. Owen Williams has announced that English professor Martha Billips has been named associate dean for first-year academic programs and advising, effective August 1. Billips taught in the Foundations of the Liberal Arts program for first-year students from 1997-2012 and directed the program from 2001-12. She has also served as humanities division chair.

Billips looks forward to the challenges of her new role and feels the timing is especially significant.

“With the advent of August term and the creation of our First-Year Seminar program, we can provide our students with a distinctive, challenging and multi-disciplinary first-year curriculum,” she said. “This will prepare them well for the rest of their educational experience at Transylvania. I look forward to playing an important role in this initiative.”

Billips will remain a tenured member of the faculty, assume her rank as professor of English and teach at least one course per year. She came to Transylvania in 1997 after earning a B.A. in English from Transylvania and an M.A. and Ph.D., both in English, from the University of Kentucky.