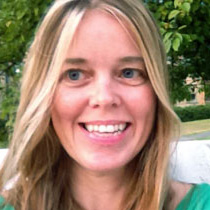 As political walls crumbled and the Czech Republic reformed itself in the 1990s, Simona Fojtova and her peers at Masaryk University were expanding the cultural landscape in the town of Brno. Inspired by visiting professors who introduced them to new ideas and pedagogy, they wanted to explore writers and theories who were outside the canon. When they were unable to find the resources they needed in the university library, they created and staffed the Women’s Interest Library.

In their effort to fill the void in feminist and gender studies, Fojtova and her classmates secured grants from the German government to purchase books. They translated texts, published magazines, and founded the Medúza Gender Studies Center. Fojtova managed all of this while earning a degree.

In the process, she learned that championing the marginalized and challenging established cultural constructs is rarely a popular effort. She smiles as she remembers that “even male expats who were important dissident figures at the time warned against importing western feminist issues.”

Fojtova knows well the persistence of power and privilege. But as the director of Women’s, Gender and Sexuality Studies (WGS) at Transylvania, she also recognizes the immeasurable and lasting rewards of helping students become open, aware and informed.

“The field gives them not just a new analytical perspective,” she explains, “but also a new way of knowing and understanding the world. My students describe it as being very eye opening.”

As they learn about the process of knowledge production, students begin to see the connection between what they learn in class and contemporary issues. WGS classes, Fojtova notes, “show students how the different systems of inequality position us differently with respect to opportunities and resources.”

Fojtova enjoys bringing the research she does outside of class into the core content and joining professors from other disciplines to co-teach special topics courses, such as Body, Brain, Bias (with Meg Upchurch, neuroscience) and Women and Science (with Bob Rosenberg, chemistry).

With professor Upchurch, she also co-authored an article, “Women in the Brain: A History of Glial Cell Metaphors,” that revealed to scientists how their use of metaphors for glial cells changed from feminine to masculine when new research demonstrated a more relevant function in the nervous system. Analyzing subtleties and subtext can tell us a lot about our culture.

For Fojtova, WGS is the “quintessential liberal arts discipline” that easily intersects with many disciplines. “Once students get this new knowledge and these tools, it’s really hard to go back to not knowing. It’s a very transferrable skill,” she adds, “because it allows them to apply it in other contexts, not just in other disciplines or graduate school, but also in everyday life.”

Bingham Award for Excellence in Teaching, 2014

“Legalizing Sex Work in the Czech Republic: Agency and Migration in a Transnational Feminist Context,” in Between History and Personal Narrative: East-European Women’s Stories of Migration in the New Millennium, 2013.

“Strategies of Inclusion and Shifting Attitudes towards Visibility in the Gay, Lesbian, and Queer Discourse in the Czech Republic after 1989,” co-authored with Vĕra Sokolová, in Queer Visibility in Post-socialist Cultures, 2013