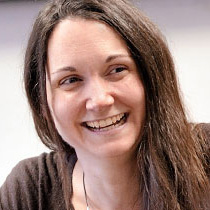 “Such understanding requires a cultivation of critical thinking, honest introspection, and communication skills,” she says.

Fortner cultivated those skills during her own undergraduate days at Transylvania, where she completed a double major in psychology and philosophy. Eight years later, in 2004, she returned to her alma mater, where she now helps students grapple with questions about how society shapes individuals, and how gender-, race-, and class-based systems of privilege affect all Americans.

The ultimate goal, says Fortner, is to help students develop as autonomous, authentic, life-long learners who are mindfully and ethically engaged in the world.

Fortner, M. (2012). Widening the lens on the discussion of race and marriage: Introduction to book reviews of Is Marriage for White People, by Ralph Richard Banks. Journal of Family Theory & Review, 12(4), 354-355.