Skip to content
Menu Search
Get updates on Healthy at Transy, our COVID-19 action plan. 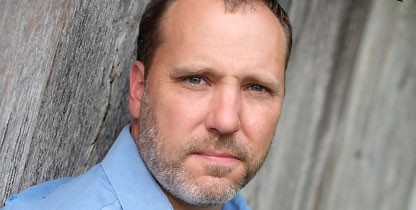 Understanding the content of a poem or a play or a novel is essential, but I also want my students to learn how to appreciate the internal qualities of good writing.

Kentucky poet Maurice Manning has published five books of poetry, including The Common Man, which was one of three finalists for the 2011 Pulitzer Prize in Poetry. His first collection, Lawrence Booth’s Book of Visions, was selected for the 2000 Yale Series of Younger Poets. He has had works in publications including The New Yorker, Washington Square, The Southern Review, Poetry, Shenandoah, and The Virginia Quarterly Review.

Manning has given poetry readings all over the country, from Penn’s Store in Gravel Switch, Ky., to the Library of Congress.

He describes his teaching style as “congenial;” he conducts ongoing conversations about literature with his students.

“More than anything, I think I teach my students how to read in a particular way,” he said. “For example, I would explain the ‘logic’ and beauty of a simile or an image. These are literary devices, of course, but writers use them to give their writing rigor and purpose.”

Good writing is an integral aspect of a liberal arts education, and Transylvania puts an emphasis on helping students improve their writing in all classes and about all subjects. Manning said he sees good writing coming from good thought, and that is what he hopes to teach his students.

“There is a powerful connection between reading and thinking,” he said. “If a student learns how to read with depth and focus, then he or she will most likely start thinking that way, too. And then the student’s own writing will develop and mature.”

Faculty of the M.F.A. Program for Writers at Warren Wilson College