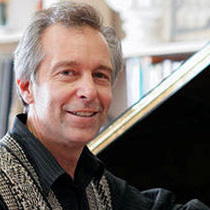 During his 24 years on the concert stage, Partain has performed throughout the United States and overseas in Germany, Poland, Guatemala, Costa Rica, Russia, and Greece. His wide-ranging repertoire spans the seventeenth to twenty-first centuries, with his second solo piano CD, released under the MSR Classics label, including the world premier recording of Toccata: Act of War, written for Partain by Transylvania colleague Larry Barnes.

In 1998 Partain turned serious attention to composing with the premier of Two Songs for Harp and Soprano on Poems of William Butler Yeats at the Kentucky Music Teachers Association (KMTA) state conference. Lux aeterna, an a cappella choir piece, was premiered the following year. In 2003 Partain produced his song cycle for soprano and piano based on love poems of Rumi. As the KMTA Commissioned Composer for 2005, he composed a nine-movement Requiem for a cappella choir, based on traditional Latin texts. Composed in a similar style, Stabat Mater Dolorosa followed in 2009. For his collective works, the Kentucky Arts Council awarded Partain a 2007 Al Smith Professional Assistance grant.

Partain has garnered consistent critical acclaim in the U.S. and abroad for his CD recordings of a wide-ranging repertoire:

A frequent competition adjudicator and master class teacher, Partain taught eight summers for the Kentucky Governor’s School for the Arts and Governor’s Scholars Program. He has served several years on the KMTA Executive Board, currently as chair of composer commissioning, and is a past president of the Bluegrass Area MTA. At Transylvania, Partain directs the music program and holds a Bingham Award for Excellence in Teaching.

Bingham Award for Excellence in Teaching, Transylvania University – 1995 to present