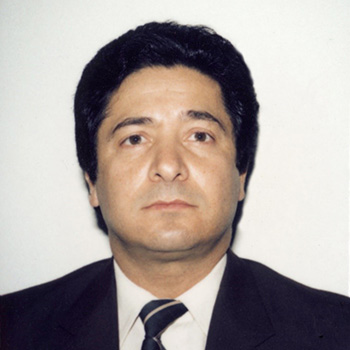 Dr. G. Rod Erfani is a professor of economics at Transylvania University in Lexington, Kentucky. Professor Erfani received his Ph.D. in Economics from Florida State University, where he concentrated in International Trade & Finance. He also holds a M.A. and a B.S. degree, both in Economics. Prior to joining the economics faculty at Transylvania University in 1986, he was a professor at Spring Hill College, Alabama and Central College, Iowa.  Dr. Erfani is the author of numerous articles published in refereed economics and business journals. He has made professional presentations throughout the United States and in many foreign countries including, Austria, Brazil, Canada, England, France, Germany, Greece, Ireland, Italy, Mexico, Portugal, and Romania. His current research interests are in the fields of international economics and economic growth.

Dr. Erfani has been the instructor of Transylvania University Karate Club since 1986. He served as the USA Junior Team Coach at the 2006 World Karate Championships (World Shoto Cup), sponsored by the Japan Karate Association in Sydney, Australia.

Bingham Award for Excellence in Teaching
The recipient of Distinguished Chapter Advisor Award, Omicron Delta Epsilon (International Honor Society in Economics), Chicago, IL, 2012
The recipient of Transylvania University’s Professor of the Year Award, 1999
The recipient of Meritorious Service Award (for his service as the Karate Instructor of TU Karate Club since 1986), U.S. Karate Nationals, Orlando, FL, 2002

The author of numerous articles published in refereed academic journals.