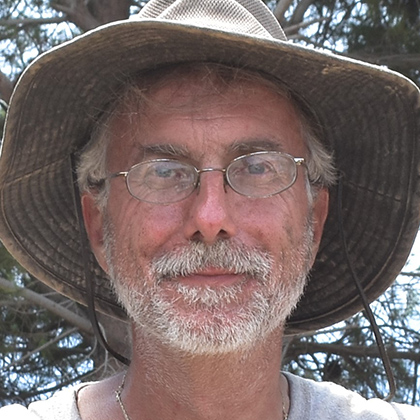 Frank Russell teaches both history and classics at Transylvania. His background is in ancient history and languages, and he is particularly interested in the margins of empire in the ancient world.

Russell’s book, Information Gathering in Classical Greece, focuses on political and military intelligence, and he has published shorter pieces on Greek and Roman military history. He is currently working on a study of the Rhodian watch-tower system in the southeast Aegean.

“The Wolves of Attika: Xenophon and the Poetics of Military Theory” chapter in Asymmetric Warfare in the Ancient World, edited by M. Seaman, Wiley-Blackwell (in progress).

“Revisiting the Other Side of Hill: Military Intelligence in the Greek World,” in A Companion to Greek Warfare, pp. 252-261, edited by W. Heckel and E. Garvin, Wiley-Blackwell (2021).

“Roman counterinsurgency policy and practice in Judaea in the first century AD,” in Brill’s Companion to Insurgency and Terrorism in the Ancient Mediterranean, pp. 248-281, edited by L. Brice and T. Howe, Brill (2016).