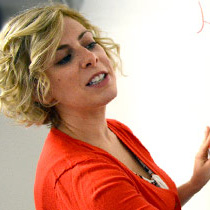 No wonder we’re always at each other’s throats about what is right and what is wrong, what really happened, who’s at fault. How can we agree on anything when we all have different information about the circumstances?

Can anyone really know the truth? Now there’s an enigma for the philosophers.

And, as Bethany Jurs further points out, not only is each person’s perception of reality ever-so-slightly skewed from the real reality, but we only perceive what’s past. The present is gone by the time we have interpreted the signals we received about it.

Mind-bending? You bet. Everything we “know” is dated. Nothing is current.

If these types of brain teasers appeal to you, then you may want to consider investigating the emerging and increasingly popular field of neuroscience, a multi-faceted, extremely broad discipline that has applications in such diverse fields as medicine, computer programming, and the judicial system.

This popularity, however, has its own perils. Buzzwords and findings from neuroscience research have occasionally been misused in marketing campaigns for products, public policy, management practices, and child-rearing techniques.

“It’s an interesting time for the field, with this balance between solid research and the possible overextension of what we’re able to determine,” said Jurs.

But quite possibly because of its broad applications, Jurs believes that there may be no better place to study neuroscience than at a school with a solid liberal arts curriculum.

“The biggest advantage any scientist can have is creativity: being able to think about a topic from multiple directions. That’s what a liberal arts curriculum helps you do. You learn how to question stuff and approach it from different angles. That environment challenges you to think about the ‘why’ and the ‘how.’”

Jurs stumbled into psychology as an undergraduate. Hers is yet another story of how a school’s general education requirements exposed a student to subjects she might not have explored on her own.

“I was a biology major to begin with, and I took this psychology class as a Gen Ed course. I was not happy about having to take a psychology course. I thought it was this Dr. Phil stuff. I thought, ‘I have my own problems. I don’t want to hear about other people’s problems!’

“But I got in the class and I discovered just how big and broad psychology was and how it tackled so much more than that, and how neuroscience is a part of it. The professor was so enthusiastic. You could tell that he loved the material so much. And that made me love it.

“I’ve had a couple of students through the years tell me that they switched to a psychology major because they loved my intro class. It’s the greatest compliment ever when I’m able to transfer my love of psychology to someone else.”

The neural correlates of learning, specifically as it relates to visual stimuli
How fingerprint examiners adapt to the visual demands of their jobs
Facial recognition

Vanderkolk, J., Schneider, B., and Busey, T., “Fingerprint Evidence, Evaluation of” in B. Cutler (ed.), Encyclopedia of Psychology and Law, 2007