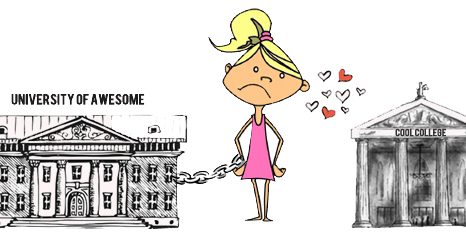 What’s more exciting in the life of admissions than the holidays, our birthdays, and perhaps even (dare I say it) Rafinesque Week?

This time of the year is filled with the sounds of bells ringing (mainly from telephones) with questions about the application process.  One of the most common questions we received involve Early Action and Early Decision deadlines. Allow us to explain.

Early Decision (ED) and Early Action (EA) deadlines are NOT the same.

1. Early Decision (ED) – Transylvania DOES NOT have Early Decision. If a student decides to apply Early Decision to an institution, they are signing a contract in which they commit to attend that institution if they are admitted.  This can be tricky, as students are committing to attend an institution (assuming they are admitted) without any prior knowledge of financial aid or scholarships that will be offered to them. The upside?You have a guaranteed seat if admitted. The downside? You are committed to a school which you are unable to afford, but are locked into a contract to attend.

Just like other students, the final decision on attendance must be decided the national decision deadline – May 1.

Susie Senior is considering two universities – the University of Awesome and Cool College. Susie really likes both universities, but finances are a big concern for her and her family.

When Susie returns home from her visit at Cool College there’s a letter waiting in her mailbox from the University of Awesome – she has been admitted with a modest scholarship.

Despite Susie’s love for Cool College, she is obligated to attend the University of Awesome because she applied Early Decision and was admitted.  It’s a sad situation for Susie Senior.

It’s always better to have multiple options than to limit yourself.  You never know what might happen!

Are you ready to apply? Apply now via the Transy App or Common App before the Early Action I (Oct. 31) or Early Action II (Dec. 1) deadline!